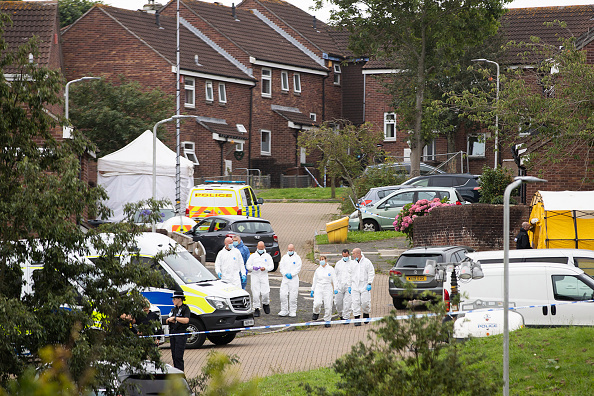 Jake Davison, who described himself as an ‘incel’, killed five people in a rare mass shooting, including a young girl.

A man who killed five people during a six-minute shooting spree in the United Kingdom has been named as 22-year-old Jake Davison, though police said the motive for the murders was unclear.

Davison, a crane operator, started shooting with a pump-action shotgun at about 6pm (17:00 GMT) on Thursday, first killing a woman he knew in a house in Biddick Drive in the southern English city of Plymouth, police said.

He ran out of the house and immediately shot dead a young girl who was walking her dog in the street along with her male relative.

Davison shot at two other passers-by who were badly injured, then entered a park and shot dead another man before killing another woman in Henderson Place.

He then turned the gun on himself before firearms officers could tackle him.

In videos posted on the internet, Davison had complained of not losing his virginity as a teenager and described himself as an “incel” – or involuntary celibate.

He complained in the videos of being beaten down by life, the Times reported.

“There is no motive,” Sawyer told reporters, adding that police were not considering terrorism or any far-right associations, though police were trawling through his computer.

“We believe we have an incident that is domestically related, that has spilled into the street and seen several people within Plymouth losing their lives in an extraordinarily tragic circumstance,” Sawyer said.

Sawyer could not say whether Davison, who had a firearms licence, had mental health issues.

Shootings are relatively rare in the UK, where gun ownership is not widespread. The tragedy has led to a debate on social media, over the term “terrorism”.

While police have ruled out “terrorism” as a motive, some people said Davison’s rampage should be considered an act of “terror”.

The killings “are not terrorism as defined by law”, tweeted Nazir Afzal, former chief prosecutor. “But the ‘right wing guy obsessed with American gun culture’ as is reported today, should have been on a watch list. If it’s ‘gender terrorism’ with women as his primary targets, then it makes it no less depressing.”

Musician and actor Lily Allen wrote on Twitter: “He self identified as an incel and misogynist, misogyny is terror, in my books this is terrorism.”

“What gets called terrorism and what doesn’t is a political question,” said historian Alex von Tunzelmann. “But we can’t ignore the form of radicalisation that seems to be common to all too many of these cases: misogyny.”