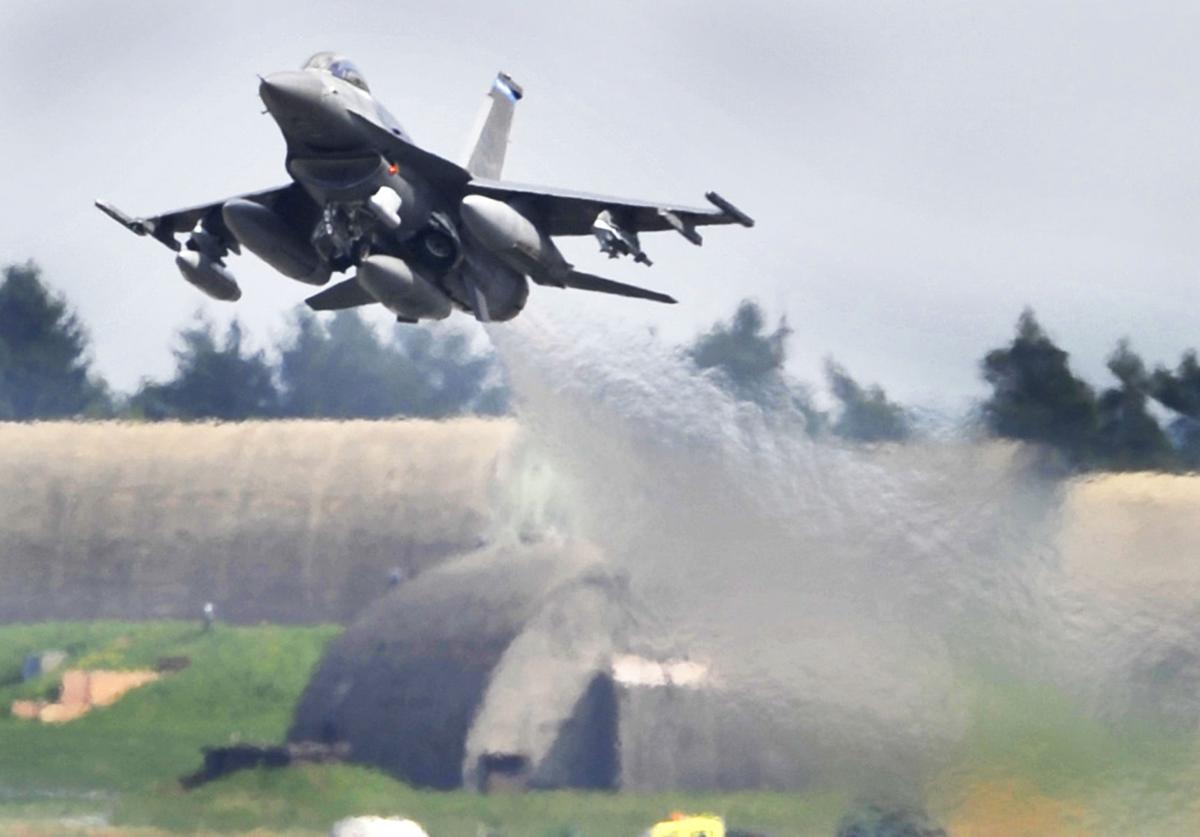 (Xinhua/NAN) A U.S. F-16 fighter jet on Tuesday crashed near the southwestern German city of Trier, with the pilot ejecting out of the cockpit safely.

The U.S. Air Base Spangdahlem announced the crash in a statement.

According to the statement, the F-16 Fighting Falcon fighter jet crashed at about 3.00 p.m. during a routine training sortie near Zemmer.

It said about 20 kilometres north of Trier in Trier-Saarburg district, in the German state of Rhineland-Palatinate.

The statement said that the pilot ejected safely but sustained minor injuries.

The cause of the accident is still unclear, according to the statement.

The accident was firstly reported by the local broadcaster SWR, which quoted the Police in Trier as saying that there was no evidence of the damage on the ground.

Mayor of Zemmer said the fighter jet had gone over a piece of forest to the ground.

However, the crash led to the leak of a large amount of kerosene.

In June, during an aerial combat exercise, two Eurofighters collided and crashed in northeast Germany, with one of the two pilots survived and the other one killed.