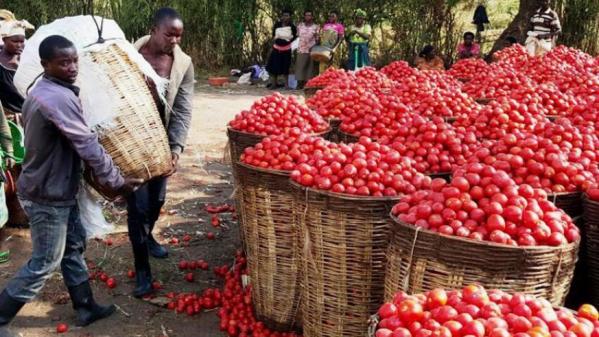 Some tomato farmers in Benue have called on the state government to mop up surplus tomatoes in markets across the state to curb wastage.

The farmers made the call in separate interviews with the News Agency of Nigeria (NAN) on Thursday in Makurdi.

They said government could do this by establishing tomato processing industries in areas where the product is being cultivated in large quantity.

According to them, this will go a long way to curb wastage and improve the incomes of average tomato farmers in the state.

Mrs Tabitha Ahungwa, a tomato farmer lamented that a lot of the commodity were being wasted because of lack of buyers, saying that preserving it locally could be very difficult
during rainy season.

“Even the buyers are not helping us the farmers. They are not encouraging us because they buy the product with meagre amount.

“This is because tending it during the season is less tedious compared to the dry season.

“As a result of the large cultivation of tomatoes during the rainy season and without storage facilities, there is usually a lot of waste of the commodity.” (NAN)