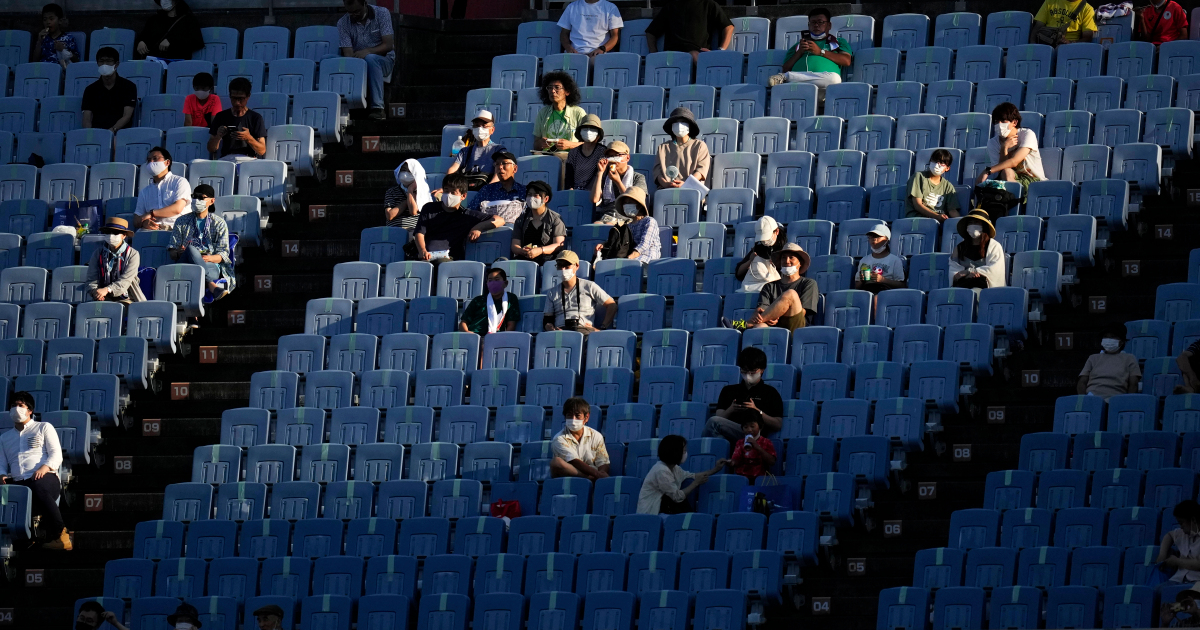 Japanese capital registers nearly 3,000 new infections, bringing its total to more than 200,000 since the start of the pandemic.

Tokyo has reported its highest number of new coronavirus infections, just days after the start of the Olympic Games.

The Japanese capital confirmed 2,848 new COVID-19 cases on Tuesday, exceeding the earlier record of 2,520 cases on January 7, and bringing the city’s total to more than 200,000 since the pandemic began last year.

Tokyo is under its fourth state of emergency, which is to continue through the Olympics until just before the Paralympics start in late August.

Experts have warned that the more contagious Delta variant could cause a surge during the Games, whose opening ceremony took place on Friday.

They note that cases among younger, unvaccinated people are rising sharply as Japan’s inoculation drive loses steam due to supply uncertainty. Many serious cases involve those in their 50s. They now dominate Tokyo’s nearly 3,000 hospitalised patients and are gradually filling up available beds.

Al Jazeera’s Andy Richardson, reporting from Tokyo, said the Games’ organisers were keen to detach the event from the latest caseload figures.

They say they are in a “separate bubble and what is happening in the metropolitan area doesn’t have anything to do with the [Games],” Richardson said.

Kenji Shibuya, a former director of the Institute for Population Health at King’s College London, said it was impossible to quantify to what extent the Olympics contributed to the surge but blamed the global sports showpiece as “one of the major driving forces”.

“The government has sent signals that people are supposed to stay home, at the same time they celebrate the Games. It’s a totally inconsistent message,” said Shibuya, who is now running the vaccine rollout in a town in northern Japan.

Japan’s vaccination drive began late and slowly but picked up dramatically in May for several weeks as the supply of imported vaccines stabilised and Prime Minister Yoshihide Suga’s government pushed to inoculate more people before the Olympics.

The government says 25.5 percent of Japanese have been fully vaccinated, still short of the level believed to have any meaningful impact on reducing the risk for the general population.

Yet, Japan has kept its cases and deaths much lower than many other countries. Nationwide, it has reported 870,445 cases and 15,129 deaths as of Monday.

“The frustration among people … is that the reason figures have been low until this point is because of sacrifices they’ve made, not because of government policy – and they’re getting these mixed messages,” Richardson said.

The government has been criticised for what some say is prioritising the Olympics over the nation’s health. Suga’s public support ratings have fallen to approximately 30 percent in recent media surveys, and there is little festivity surrounding the Games.

Suga’s term as ruling Liberal Democratic Party (LDP) president expires in September and his LDP-led coalition faces an election for parliament’s powerful lower house, which must be held by November.