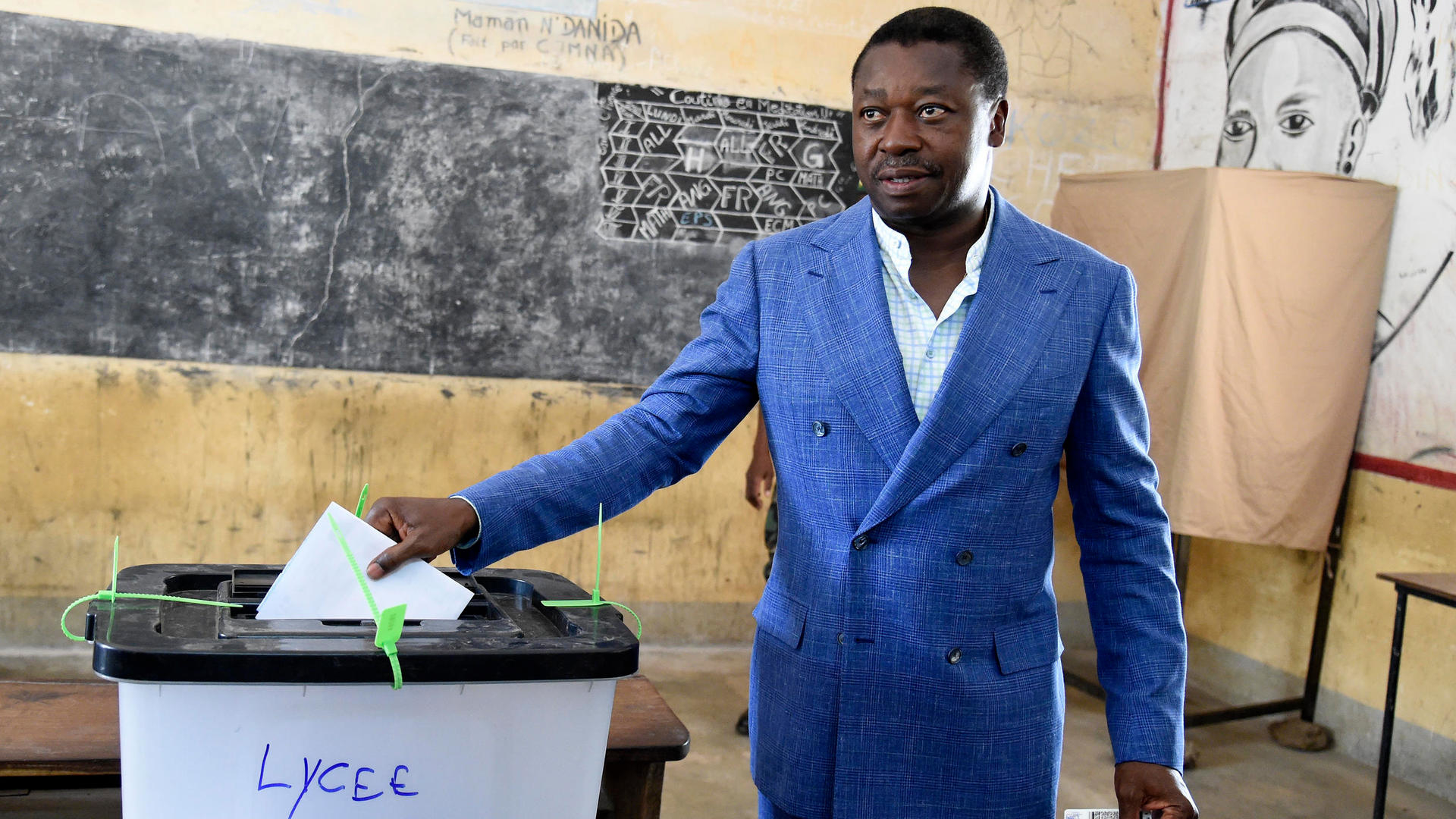 The home of a key Togo opposition candidate was surrounded by security forces just hours after polls closed on Saturday in elections widely expected to see President Faure Gnassingbe claim a fourth term in power.

Troops could be seen outside the house of Agbeyome Kodjo, considered an important challenger in the electoral race, as the government confirmed the move and said it was for “his own safety”.

“We are largely in the lead everywhere, my house is surrounded by soldiers,” Kodjo told AFP.

A large contingent of security forces were blocking all access to the property in the capital Lome, according to AFP journalists at the scene.

Military roadblocks were being put up elsewhere in the city, while internet connections appeared to be sporadically interrupted.

Polls closed at 1600 GMT Saturday after what had been a peaceful election day with a moderate turnout.

Gnassingbe, who was running against six other candidates, has led the West African country of eight million people since 2005 following the death of his father Gnassingbe Eyadema, who ruled with an iron fist for 38 years.

Kodjo is seen as a potential dark horse in the polls after winning the backing of an influential former Catholic archbishop.

A former prime minister who served under Gnassingbe’s father, he appeared to have gained ground during the electoral campaign.

“The Togolese want change, they want an alternative,” he said early Saturday as he voted in Lome.

“And when we see all this mobilisation and all the methods of fraud put in place by the government, if at the end of the election, the government dares to say that it has won, imagine the rest.”

The Togo security minister Yark Damehame said both Kodjo’s home and that of the former archbishop had been surrounded as a precaution.

“We have received reports that he is at risk of an attack on his house by unruly individuals, but I cannot tell you from which side,” he said.

Results are expected early next week according to electoral officials.

The six opposition candidates have suggested they will unite against the president if the vote goes to a second round, which would happen within 15 days of the result announcement if none of the candidates achieves a majority.

Gnassingbe travelled to the family’s home region of Kara to vote, and called on Togolese to “express your choice in complete freedom for the sake of democracy”.

Main opposition leader Jean-Pierre Fabre of the National Alliance for Change came second at the last two elections but has failed to keep the opposition united.

He called on the people to vote in numbers “to prevent fraud and allow for a second round”.

In Be, an opposition district of Lome that normally goes to Fabre’s ANC party, some voters shouted to observers that they had “given our votes to Agbeyome”.

The authorities faced major protests in 2017 and 2018 demanding an end to five decades of dynastic rule that have failed to lift many out of poverty.

But the demonstrations petered out in the face of government repression and squabbles among the opposition.

In Lome earlier in the day some voters expressed hope for change.

“We suffer too much in Togo, this time it has to change,” said Eric, a driver in his 30s.

“I am not going to tell you who I will vote for, but this time we don’t want to be cheated of victory.”

This week, 500 local observers lost their accreditation, accused of interfering in the electoral process, and the system of electronic security of the results was cancelled at the last moment by the Independent National Electoral Commission.

However, some 315 international observers are deployed, mainly from the Economic Community of West African States (ECOWAS) and the African Union, with many African states supporting the incumbent.

“Where we were, the offices opened on time, the voters were there, the staff and the equipment were there, so we hope everything will continue to go well,” Hery Rajaonarimanpianina, head of the AU mission and former Madagascar president, told AFP earlier.

Stability and security are central to Gnassingbe’s message as Togo eyes the jihadist violence rocking its northern neighbour Burkina Faso.

The country has so far managed to prevent the bloodshed spilling over and its army and intelligence service are among the most effective in the region.