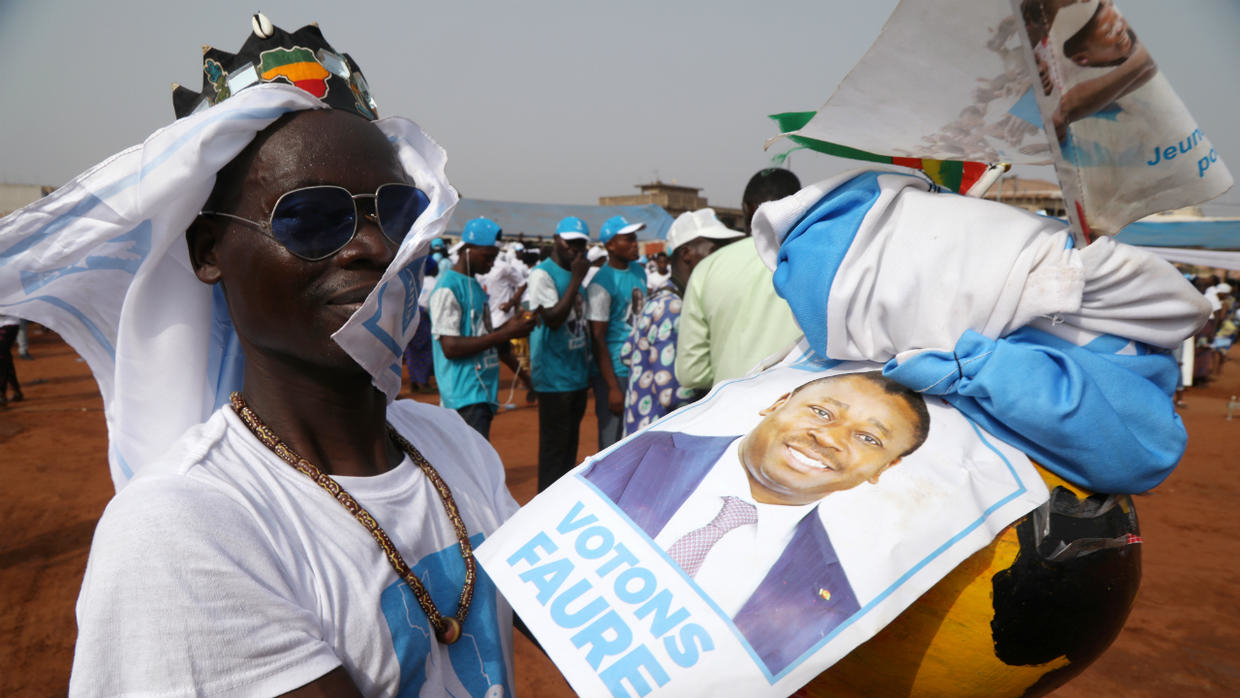 Togo President Faure Gnassingbe has won a fourth term in power, according to provisional results declared by the national electoral commission.

He took 72 percent of the vote share in the first round of the presidential election, the commission said, far ahead of former prime minister Agbeyome Kodjo, with 18 percent, who had also claimed victory after Saturday’s vote.

Gnassingbe has led the country of eight million people since taking over in 2005 following the death of his father Gnassingbe Eyadema, who ruled with an iron fist for 38 years.

A source in the president’s office had earlier said that the ruling UNIR party had held on to all of its traditional strongholds as well as improving its results in difficult areas including in the south and the capital Lome.

Kodjo, who was prime minister under Gnassingbe’s father, had emerged as a dark horse challenger after winning the backing of an influential former Catholic archbishop.

He alleged “revelations of fraud” after the polls closed.