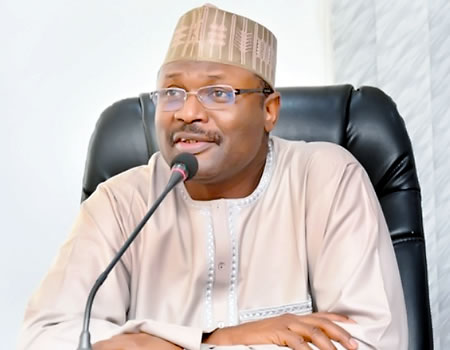 As the 2023 general elections draws closer, chairman of the Independent National Electoral Commission (INEC), Mahmood Yakubu, has affirmed that the application of technology to both accreditation and results management would improve transparency and trust in the electoral process.

Yakubu explained that between 2011 and 2021, INEC introduced 22 innovations on technology.
According to him, on the average, every year, we introduce two technological innovations.

He gave the assurance at a stakeholders roundtable on elections result management and launch of the Election Result Analysis Dashboard (ERAD) organized by Yiaga Africa on Friday in Abuja.

According to him, from voter registration to voter accreditation, candidate nomination and accreditation of polling units, observers and media organisations.

Also, the Executive Director of Yiaga Africa, Samson Itodo explained that ERAD was piloted in the governorship elections in Ekiti and Osun where all the results were downloaded from the iReV portal and 95 per cent and 97 per cent of the polling unit results were analysed and visualized.

He said: “Millions of Nigerians across the globe followed the Channels TV broadcast as the ERAD was the only platform that provided real-time visualized data of the election results. Secondly, INEC’s IReV recorded huge traffic due to the publicity it gained from the ERAD.

“The ERAD has been acknowledged by key election stakeholders like INEC, political parties and media houses as a unique innovation for promoting the credibility of the results management process.

“The implementation of ERAD also provided important feedback on how the transparency of election result management can be improved.

“Generally speaking, this will require an amendment and update of the Regulations and Guidelines for elections and Manual for election officials; enhancement of the technological infrastructure for the IReV to improve its processing power and protect the portal against hybrid cyber threats and strategic and consistent stakeholders’ engagement,” he said .