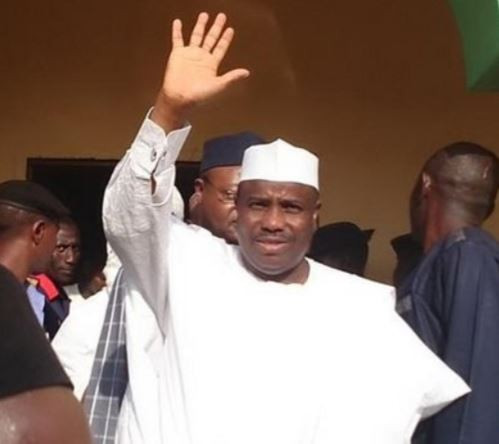 Gov. Aminu Waziri Tambuwal of Sokoto state said his success at the Supreme Court on Monday was as a result of divine intervention and intense prayers by the people of the state.

Tambuwal disclosed this in a statement issued by his Aide, Muhammad Bello, in Abuja.

He spoke at a special prayer session inside the Government House mosque in the state capital Monday evening.

“There is no doubt that Allah, in his infinite mercy and wisdom decided the outcome of the case instituted against us at the Supreme Court.

“As a result, what transpired today was a manifestation of what was known to Him long before now.

“Equally, the people of Sokoto, who voted us into office and who have been consistent in defending their mandate through constructive engagement, did not waver in their belief and trust in Allah.

“They prayed at home, mosques and their places of work. Women and children too were not left out.

“We are grateful to Allah for his decision in our favor, to the people for their resilience, goodwill and firm believe in our administration.

“For this reason, we shall not rest on our oars until we deliver to them democratic deliverables that would make them appreciate our administration more,” he said .

The governor had returned to Sokoto amidst a tumultous welcome by a large crowd of people of the state after the apex court judgement affirming his election for a second tenure.(NAN)