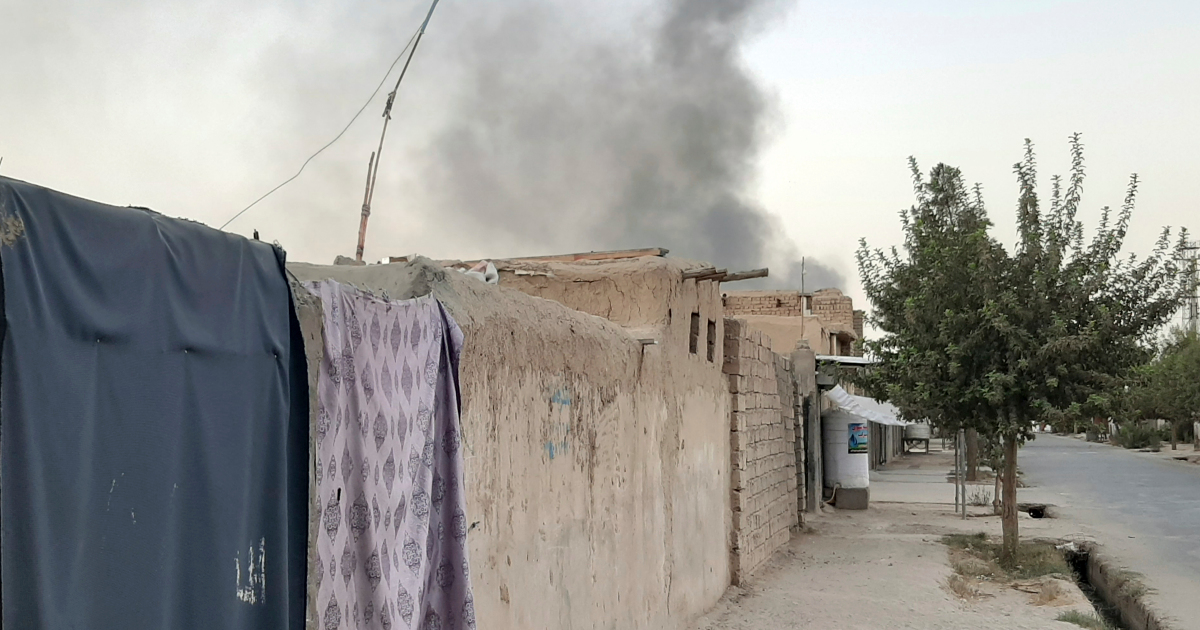 The killing on Friday came days after Taliban warned it would target senior administration officials in retaliation for increased air strikes.

Dawa Khan Minapal, who was the head of Government Media and Information Centre, had been killed, an official in the federal interior ministry confirmed.

“He was well known to Afghan journalists, a member of the inner circle of President Ghani and our understanding is that he left home to go for Friday prayers and was killed,” said Al Jazeera’s James Bays, reporting from Kabul.

Taliban fighters have intensified clashes with Afghan forces and targeted militias allied with the government, officials say, stretching their dominance of border towns and closing in on two provincial capitals as foreign forces leave.

At least 10 Afghan soldiers and a commander of armed members belonging to the Abdul Rashid Dostum militia group in the northern province of Jowzjan were killed, Reuters news agency, quoting officials, reported on Friday.

“The Taliban launched violent attacks on the outskirts of (provincial capital) Sheberghan this week and during heavy clashes a pro-government militia forces’ commander loyal to Dustom was killed,” said Abdul Qader Malia, the deputy governor of Jowzjan province.

The Taliban, whose government was toppled by the United States-led forces in 2001, has stepped up its campaign to defeat the Western-backed government as foreign forces complete their withdrawal after 20 years of war.

Another provincial council member said nine of the 10 districts of Jowzjan were now controlled by the Taliban and the conflict to control Sheberghan was under way.

In southern Helmand province, damage to civilian property aggravated the humanitarian crisis as shops caught fire in a week-long battle to control the capital of Lashkar Gah.

Al Jazeera’s Bays earlier on Friday said the situation in Lashkar Gah is serious and the government might lose its first provincial capital.

Bays said there is intense fighting going on around the intelligence headquarters in the centre of Lashkar Gah, and also around its main prison.

“The speculation is the Taliban might be trying to break into the prison, so that they can break out some of the inmates which we believe include Taliban detainees,” he said.

Bays said the Afghan forces claim to have killed one Taliban commander, Mawlawi Mubarak, who, according to the government, was the commander of the group’s special forces, called the red unit.

“The Taliban is not confirming that (the death),” he said.

The United Nations this week said it was deeply concerned about the safety of tens of thousands of people trapped in the city.

The UN Security Council will hold an open meeting on Friday on the deteriorating situation in Afghanistan, diplomats said on Thursday.

The discussion was requested by the Afghan government, as well as Norway and Estonia, and will take place at 10:00am (14:00 GMT), the diplomats added.

The Security Council last met on Afghanistan in June, but the situation in the conflict-ridden country has rapidly worsened since then.

“Violence has only escalated and there is no way to assess the damage in Lashkar Gah as both sides are locked in an intense ground battle … it is hard to even recover bodies by aid agencies,” a senior Western security official said in Kabul.

The Lashkar Gah office of aid group Action Against Hunger was hit by a bomb during fighting in the area on Thursday.

“Civilians find themselves in between warring parties. They are being displaced from their homes and are often the first victims of the conflict,” said Mike Bonke, Action Against Hunger’s Country Director in Afghanistan

“Humanitarian organisations like Action Against Hunger try their best to support people’s needs, but we need safety guarantees from all parties to be able to operate,” he said in a statement.