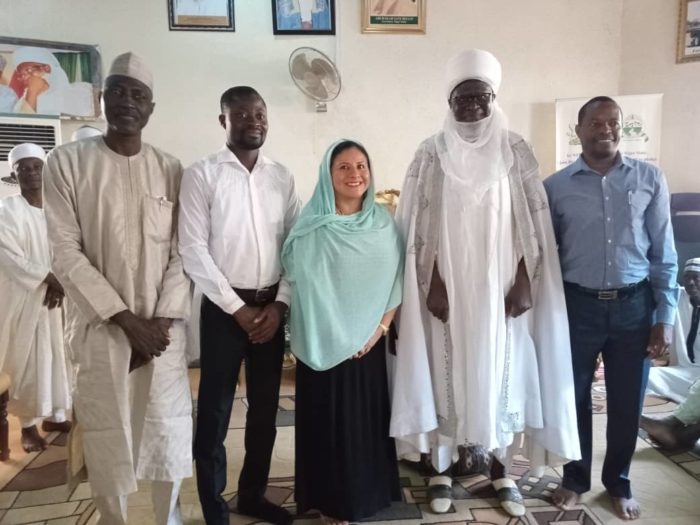 By Rita Iliya
The Niger state government Integrated Development Plan (IDP) for Minna and Suleja cities would address the challenges of urbanisation in the state.

The Emir of Suleja, Malam Awwal Ibrahim, made this known during a visit by members of the United Nations Habitat officials on formulation of IDP for the state and the Niger State Urban Support Programme (SUP) in his palace on Thursday.

News Agency of Nigeria (NAN) reports that Niger state government is partnering with the United Nations Habitat and other development partners to develop an IDP for Minna and Suleja.

Ibrahim explained that Suleja was becoming a fast growing city due to its proximity to Abuja, stressing the need to have a policy that would guide the urbanisation process of the city.

“Suleja has witnessed increase in population because of its closeness to the Federal Capital Territory, there is need to identify the resources that lie within the city and its environs that will be harnessed to accommodate the population,” he said.

The emir appealed to the state government to ensure the success of the project while pledging the emirate’s contributions toward its successful implementation.

Earlier, Kinyanjui had explained that the UN-Habitat was supporting the current government to formulate an IDP for Minna and Suleja and on how the cities can manage their urbanisation and resources.

He added that the IDP was aimed at addressing the challenges related to urbanisation in the two cities such as infrastructure, waste management, income generation activities and unemployment among the women and youths.

He explained that the project had four components including preparation of the state urban policy formulation of an IDP for Minna and Suleja; preparation of a plan for developing a Smart New Town in Suleja and strengthening and building capacity of the state institutions in charge of development and management of the two cities.

He added that the project would involve interaction with various stakeholders and key actors to identify challenges and available resources to formulate a policy and its sustainability for the people.

Similarly, Ms Rossana Poblet, Consultant for IDP formulation in Niger, said the concept of IDP was to link the urban areas with rural areas so as to bring about development of the state.

She added that the IDP was to identify the available potential and resources at the state and local government levels and harness them for sustainability.

Alhaji Ahmed Matane, Secretary to the State Government, who was represented by Alhaji Baba Wachiko, Permanent Secretary, Economic Affairs, commended the role of the emir in mobilising the people of the emirate to participate in the project.

He described the project as “people- driven,” saying that the structure and formulation of the project involved every sector.

NAN reports that the project was in response to the request made by Gov. Abubakar Bello at the second international conference on the National Urban Policy in Paris, France, in 2017.

He had solicited for the assistance of the UN-Habitat and other partners to prepare for urban development policy.

The policy seeks to develop the human settlement in a holistic, comprehensive and integrated manner through the formation of the state urban development policy.