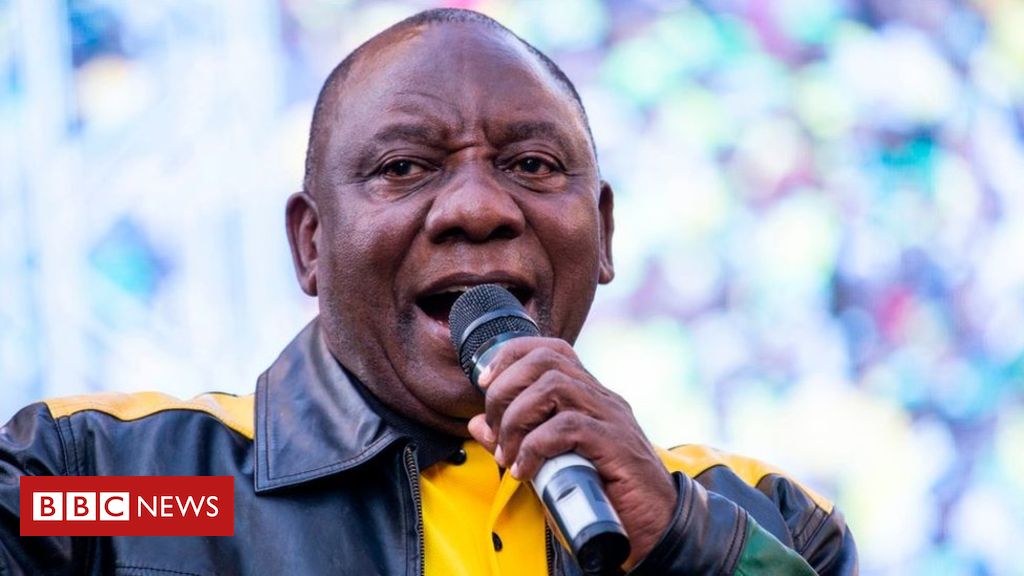 South Africa’s High Court has dismissed the findings of an anti-corruption investigator who said that President Cyril Ramaphosa had deliberately misled parliament over a campaign donation.

Public Protector Busisiwe Mkhwebane showed a lack knowledge of the law and did not have the power to investigate the donation, the court ruled.

Judges also dismissed her call for the president to be investigated for possible money-laundering.

The ruling is a major boost for him.

If Ms Mkhwebane’s findings were upheld, Mr Ramaphosa would have been under pressure to resign for lying to parliament.

Instead, the ruling is expected to strengthen calls for Ms Mkhwebane’s removal from office, reports the BBC’s Nomsa Maseko from the capital, Johannesburg.

The case revolved around a donation of more than $36,000 (£27,600) that a controversial private firm, Bosasa, had made towards Mr Ramaphosa’s campaign for the leadership of the governing African National Congress (ANC) in 2017.

Questioned in parliament the following year, Mr Ramaphosa denied his campaign had received the donation.

He later apologised, saying he had been misinformed when he gave the answer.

In a unanimous judgement, the court ruled that donations towards his ANC leadership campaign were of a private, not public, nature and therefore outside the jurisdiction of the public protector, Reuters news agency reports.

“It is apparent from the report that the public protector was confused about the legal foundation of her finding,” Judge Keoagile Elias Matojane said.

There was “no evidence” that the president knew about the donation or that he had received “direct personal financial benefit” from the campaign, the judge added.

“The public protector’s finding on the issue of misleading parliament is fatally flawed due to a material error of law,” he said.

The ruling is the latest in a string of damning judgements against Ms Mkhwebane.

Her critics accuse her of being allied with former President Jacob Zuma, who was dogged by allegations of corruption throughout his term in office, and of trying to undermine Mr Ramaphosa.

She denies the allegation, saying she is impartial.

She has vowed to fight any bid to remove her from office.