South Africa: Who Stands to Win or Lose If South Africa Were to Hold All Elections On the Same Day 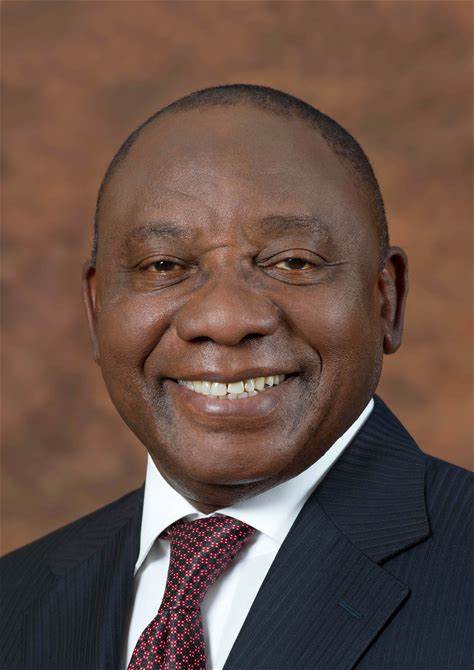 Now, for the first time, there’s discussion about synchronising all the elections, prompted by the governing African National Congress (ANC) and the Economic Freedom Fighters (EFF), the third largest party. They want all elections to be held on the same day, presumably in 2024.

The Democratic Alliance (DA), the main opposition party, does not support the idea. Most smaller parties have not yet taken a public position on it.

The debate raises two important questions: the first, why now?; the second, who stands to benefit from the synchronisation?

Those in favour have presented several motivations. One is that doing so would result in cost saving for political parties and the Electoral Commission of SA.

Campaign fatigue, because of elections being held almost every 30 months, has also been mentioned. Both are perennial issues. The next question, therefore, is: why now?

Not ready to campaign

One can start with the negative impact of the COVID-19 pandemic on politics in South Africa.

Most of the political parties’ preparations for the 2021 campaign have been delayed since the country went into lockdown in March, to curb the spread of the pandemic.

Moreover, the ANC has had to postpone its national general council conference, due to have been held in June. The council meets midway between the party’s five-yearly elective conferences, to evaluate progress in implementing the party’s conference resolutions, among other things.

The same happened with the DA. Its federal congress and the party’s leadership elections have also been postponed.

The major parties are, therefore, not in a good position to wage election campaigns.

The ANC faces even more woes.

President Cyril Ramaphosa is at a delicate point in his efforts to turn the tide against corruption. Evidence is already emerging of a fight-back campaign by several leading ANC members, including former president Jacob Zuma, whose vested interests are threatened by Ramaphosa’s anti-corruption drive. The decisions by the ANC’s national executive committee meeting at the end of August could be regarded as an endorsement of the Ramaphosa strategy and therefore a serious setback for its opponents.

Previous experiences of acrimonious nomination processes in the ANC during municipal elections raise red flags for a similar process in the near future. In the past, the process exposed deep divisions within the party, even political killings.

An election in 2021 would also pose a challenge for the parties as they could not yet successfully address the negative consequences of the 2016 municipal elections. These saw the ANC lose its absolute majorities in Johannesburg, Tshwane, Nelson Mandela Bay and Ekhurhuleni metros.

At the same time, the DA’s coalitions and cooperation with the EFF in most of these metros have failed. The EFF could not sustain its kingmaker role in these the metros, and also failed to secure executive positions for its councillors. Neither of these parties has since improved its position in the metros.

Another development in favour of synchronisation is that the appetite of private donors for funding political parties is in decline, affecting their ability to finance election campaigns. The new legislation on political party funding, which forces parties to disclose all donations above R100,000, removes the confidential nature of the relationship between funders and parties, and is expected to further discourage private funding for parties.

With this in mind, the parties expect to have less money to campaign in future. A reduction in the number of campaigns would therefore benefit them. At this stage it is almost impossible to predict the cost implications of a decline in private donations versus the financial gains of synchronised elections.

Who would benefit from synchronisation?

For parties participating simultaneously in elections at different levels, synchronisation would enable more centralised and coordinated election campaigns. The bigger parties which contest elections at all three levels would benefit the most. It would not reduce the number of candidates who would have to be nominated. It might even complicate coordination of several nomination processes at the same time. But it would be only once in five years instead of every 30 months.

For them, it would mean one nomination process for candidates, one publicity campaign, one process to produce election manifestos, and potentially only one campaign message. Human and financial resources could be used more effectively.

Currently, electoral legislation can accommodate all of this. What would have to change, however, would be section 159(1) of the constitution, to extend the five-year term for municipalities until 2024. The test would be whether the voters accepted a one-fits-all approach.

Based on past experiences, the majority of parties are registered for municipal elections only. Thus, they would not share in these “economy of scale” benefits. Whether they would be disadvantaged by the bigger parties’ savings cannot be accurately predicted. That would depend on whether local campaigns were overtaken by national campaigns, or maintained a character of their own.

Smaller, local parties would most probably be disadvantaged by the bigger parties merging their campaigns at the different levels into one “national” campaign. Municipal issues would then receive much less attention and local parties might be “swamped” by the national character of the campaigns. National leaders could be more visible outside the national centres and make an impression on voters who were only used to their local candidates.

Were this to happen, it would see the demise of smaller local parties. But it would also reduce the irritation of having fragmented and unstable coalition governments which often depend on these parties.

The arguments presented so far presume that voters would be consistent in voting for the bigger parties in all three spheres. But if voters were motivated to split their votes and vote for different parties at the different levels, that would create opportunities for smaller parties to perform better.

Evidence shows that South Africans split their votes between the 2014 national and the 2016 municipal elections. Three metros in provinces controlled by the ANC voted for a DA coalition. In the 2019 national and provincial elections in both Gauteng and the Western Cape, about 3% of the DA supporters voted for the ANC at national level, but for the DA at provincial level.

There’s also the Constitutional Court judgment in June 2020 which instructed Parliament to amend the electoral system to allow for independent candidates to contest national and provincial elections. It could change electoral practices in many respects. How that would happen is not easy to predict. But that change, coupled with election synchronisation, means a radical change in electoral dynamics can be expected in South Africa.