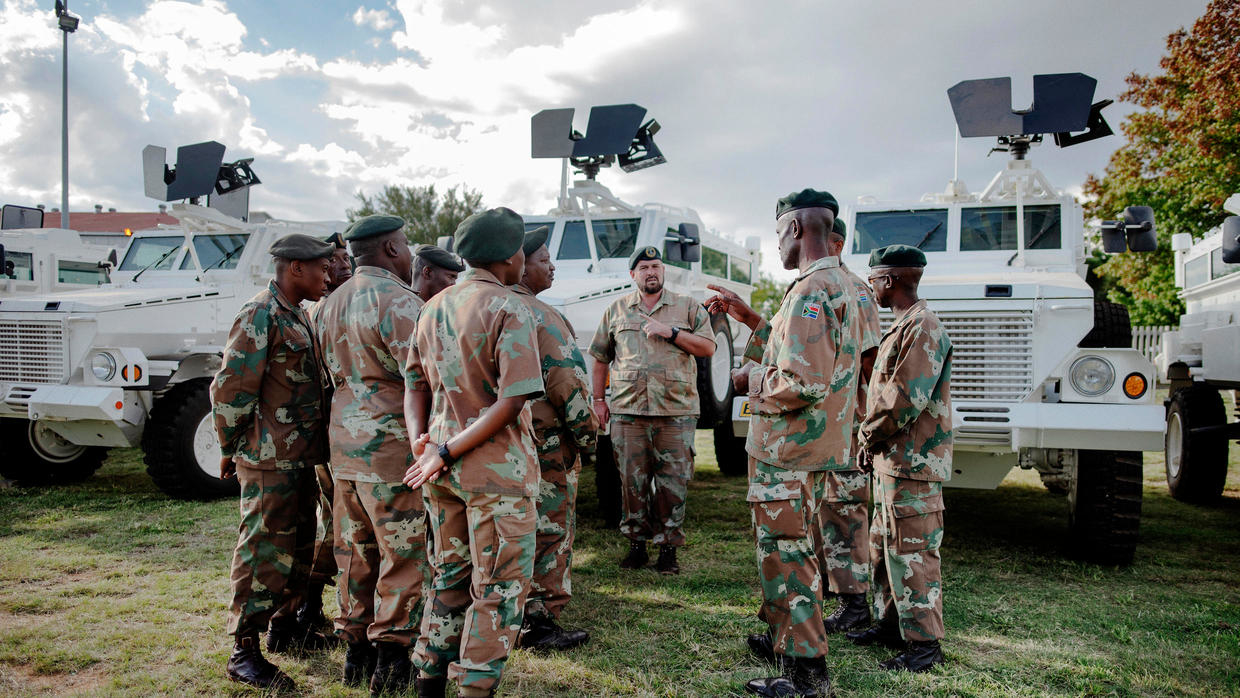 South Africa on Friday reported its first COVID-19 deaths, just as the country joined other African nations in imposing strict curfews and shutdowns to halt the spread of the deadly coronavirus.

“This morning we wake South Africans up with sad news that we now have our first deaths resulting from COVID-19,” Health Minister Zweli Mkhize said in a statement.

He said the two people died in the Western Cape province, as the country went under a nationwide 21-day lockdown that took effect at midnight.

The minister promised to release more details later “when we announce the latest confirmed COVID-19 cases, which have increased from yesterday’s number and have tipped the 1,000 mark”.

On Friday, just hours after the country embarked on the nationwide military-patrolled lockdown, South Africa reported 927 confirmed cases, a more than 30 percent jump from the previous day.

Some 57 million people have been ordered to stay at home during the three-week lockdown, but according to several news outlets, many on Friday defied the order – going about business as usual by lining up outside food stores or queuing for transport.

Kenya, Rwanda and Mali are some of the African countries that have imposed restrictions to curb the spread of the coronavirus, which has been confirmed to have infected 3,203 people and killed 87.

Although Africa’s toll is far lower than in Europe, the United States and the Middle East, health experts say the world’s poorest continent is especially vulnerable and the figures likely fall far short of the reality.

Donning a camouflage uniform complete with a cap, South African President Cyril Ramaphosa saw off soldiers before they deployed from a military base in Soweto township outside economic hub Johannesburg.

“I send you out to go and defend our people against coronavirus,” Ramaphosa said.

“This is unprecedented, not only in our democracy but also in the history of our country, that we will have a lockdown for 21 days to go out and wage war against an invisible enemy coronavirus,” he said.

Nigeria’s government warned Thursday that Africa’s most populous nation could soon see an “exponential” increase in infections unless contacts of confirmed cases are tracked down quicker.

Kenya, which has 31 cases, on Thursday recorded its first death – a 66-year-old Kenyan man who had travelled from South Africa on March 13.

The east African country will begin a night-time curfew on Friday to try to curtail the spread of the coronavirus.

In the Sahel, Burkina Faso, which last week recorded sub-Saharan Africa’s first death, announced that eight towns, including the capital Ouagadougou, would be “quarantined” from Friday.

“Quarantined means that nobody will enter or leave the towns involved,” Communication Minister Remis Fulgance Dandjinou said, adding that the measure would be applied for “two weeks”.

In the Democratic Republic of Congo, authorities ordered a four-day “total confinement” in the capital Kinshasa, starting Saturday.

South Africa’s Defence Minister Nosiviwe Mapisa-Nqakula warned that “if people are not complying, they (the military) may be forced to take extraordinary measures.”

Violation of any of the regulations in South Africa will carry a six-month jail sentence or a fine.

Two men have already been charged with attempted murder for defying a quarantine order after they tested positive for the coronavirus, exposing others to the infection.

Ditebogo Koenaite, a 27-year-old pilot, said she doubted everyone would be able to follow the rules of the lockdown.

“I think the middle class to upper class will respect the lockdown, however I don’t believe that the lower class will be able to maintain social distancing,” she said.

“It’s harder in the more poverty stricken areas because they are sharing toilets and basic facilities.”

Moody’s Investors Service warned that the fallout from the border closures, commodity price declines and financial market volatility will have “severe macroeconomic and financial impact on African sovereigns”.

In one early indication of the likely impact of the pandemic on Africa’s economy, rubber processors in Ivory Coast – the continent’s largest producer – said they were bracing for losses of around $100 million a month as their biggest clients in Asia, Europe and America shut down.

“The progressive impact of this will be a slowdown in rubber processing activity, even a closedown,” said Eugene Kremien, president of industry association Apromac.

“Our industry is already suffering, and it’s just the start.”