Should Ghana and Senegal be helping minimise Switzerland’s climate guilt? 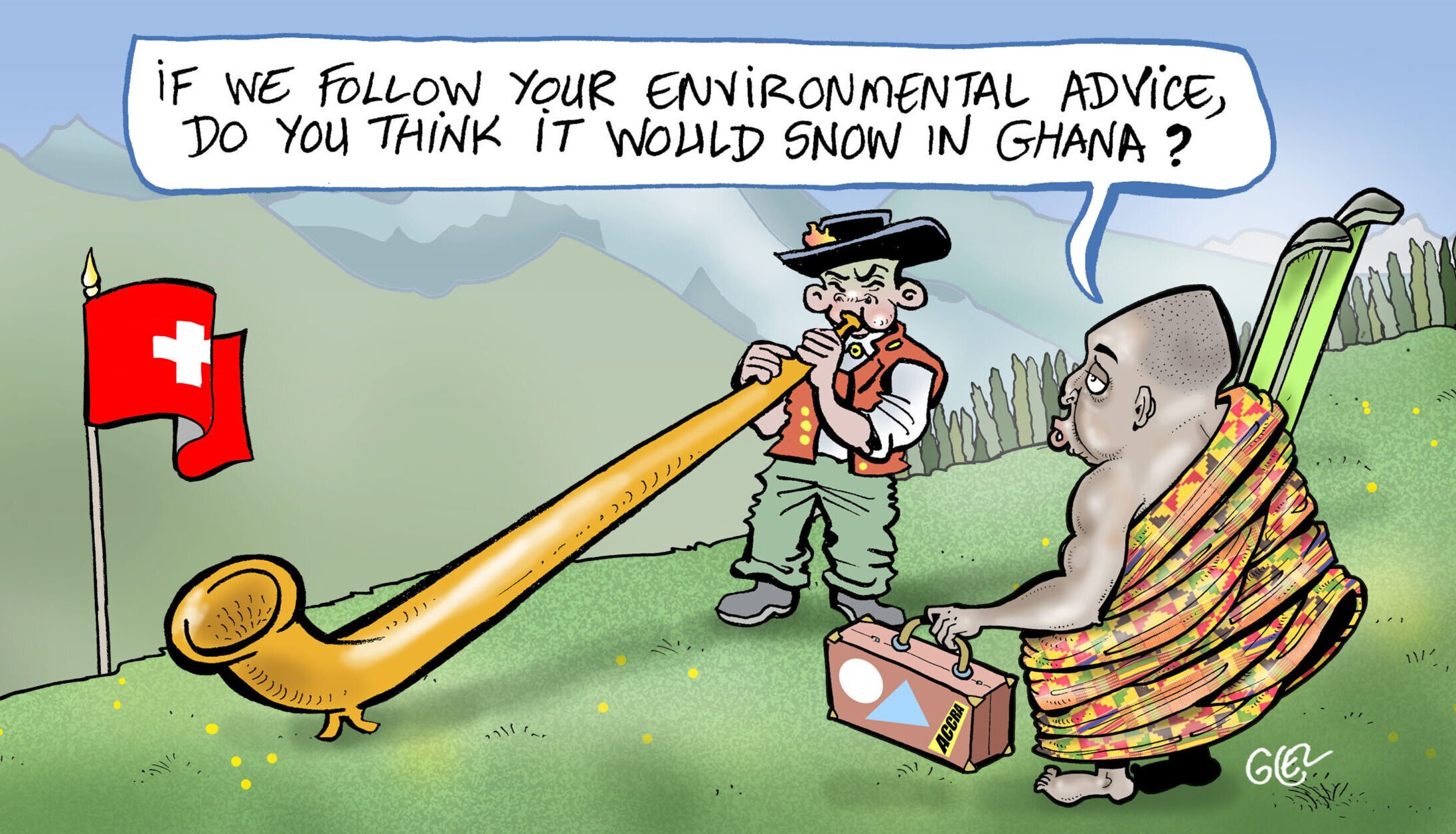 A French/Burkinabé artist and editorialist.

Even though it is depicted as the land with its over-oxygenated mountains that supposedly provide clean air, Switzerland will find it difficult to meet its commitment to reduce its greenhouse gas emissions by 50% by 2030. It is thus using Ghana and Senegal to offset its carbon dioxide emissions, through environmental protection projects on their territories.

So here’s how the old deal worked: “My Southern brother, I’ll take some of your raw materials, I’ll test out polluting procedures in your country, I’ll produce and consume joules and watts in my country and eventually I’ll send you back some waste.” No, it wasn’t a very fair deal.

However, with the growing political awareness about climate change and people’s right to breathe clean air, the South is realising it can now help the North in an unprecedented way: help reduce the latter’s responsibilities for greenhouse-gas emissions that are difficult to significantly reduce.

The South made this promise under the Paris Climate Agreement and it’s under these circumstances that the less industrialised countries start to gain power.

On 20 October 2020, Switzerland – a landlocked and industrialised country – signed an offset agreement with Peru which was presented as the ‘first agreement of its kind in the world’.

The inveterate Swiss polluters are asking that their carbon dioxide emissions be judged against the reduction in greenhouse-gas emissions that it will have by supporting other countries: a sort of licence to pollute obtained from the best pupils of energy virtue.

After this initiative worked in Latin America, Switzerland is now exporting its magic solution to Africa. In November, Berne signed an agreement with Accra that will allow it to offset part of its domestic pollution through climate projects in Ghana.

In exchange, they are offering several hundred thousand solar installations to reduce the amount of wood and charcoal used as fuel, the number of paraffin lamps, paraffin candles and diesel generators.

From 5 to 9 July, Swiss federal councillor Simonetta Sommaruga is visiting Ghana and Senegal with a bilateral climate protection agreement that has been signed and includes promotion of the use of methane gas on Senegalese farms.

The principle of ‘be virtuous so that we can be less virtuous’ might seem cynical and even unfair; but this time, the exchange of goodwill is cordial and civilised.

Of course, sub-Saharan Africa will continue to suffer from the global trend of climate change induced by the North’s behaviour.