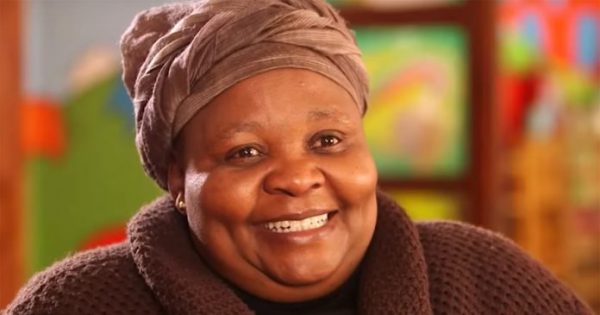 Mrs Rosie Mashale, popularly known as Mama Rosie, a South African child caregiver, on Wednesday collected her award from Daily Trust Newspaper, after emerging the outfit’s African of the Year 2019.

The Award, instituted by the newspaper 11 years ago, carries a cash award of 10,000 dollars.

Mashale, founder and Managing Director of Baphumelele, a South African organisation, won the award following her activities that had provided various level of care for more than 5,000 children in desperate needs.

The News Agency of Nigeria (NAN), reports that the winner beat off stiff competition from 400 other nominees that entered the contest.

In her speech at the ceremony held in Abuja, Mashale expressed happiness that her little efforts had been recognised in Nigeria.

“It is a good way of encouragement to do more; I have never been tired of doing a humanitarian job. The award from Media Trust will boost our morale and strength to do more.

“We have been keeping children and providing support for people since 1989. The house has continued to grow and we are not tired.

“It is a privilege and this award is one of the most important things I can ask for. I appreciate Daily Trust for this prestigious award and I pray for your organisation to continue to grow.”

Hajia Sadiya Umar, the Minister for Humanitarian Affairs and Social Development, in her remarks, commended Media Trust limited for the tremendous work which she described as a milestone.

She said that Daily Trust had earned a place among leading newspapers in the country, and applauded the outfit for sustaining the award over the years.

The minister congratulated the winner, declaring that her emergence was a testimony of a tremendous work done by one person which is commendable and worthy of emulation.

“We celebrate the contribution and we urge all to emulate the gesture so as to make life better to those that live within us and among us.”

In his remarks, Mannir Dan-Ali, the Chief Executive Officer of Media Trust Ltd, said that the aim of the award was to appreciate those making massive impact on the lives of Africans.

He recalled that the Daily Trust Award started 11 years ago and had made its impact in the recognition of leaders and models in the continent.

“In 2010, another South African won the award for hosting a World Cup. In the last three years, the winners have come from Ivory Coast, Ghana, among others.

“In 2017, the Ghanaian won by discouraging young Ghanaians from joining terrorist groups,” he said.

The Chairman of the occasion, Mr Festus Mogae, former President of Botswana, commended the management of Daily Trust for organising and sustaining the African of the year Award.

“We received a number of nominees for the award. After careful deliberations, Mama Rosie, a humanitarian, won.

“Mama Rosie has given care to 5,000 people and some of them have become prominent persons,” he said.

NAN reports that the Daily Trust African of the Year award was instituted by Media Trust Limited in 2008 to celebrate ordinary Africans, who are doing extra-ordinary things in their chosen fields of endeavour. (NAN)