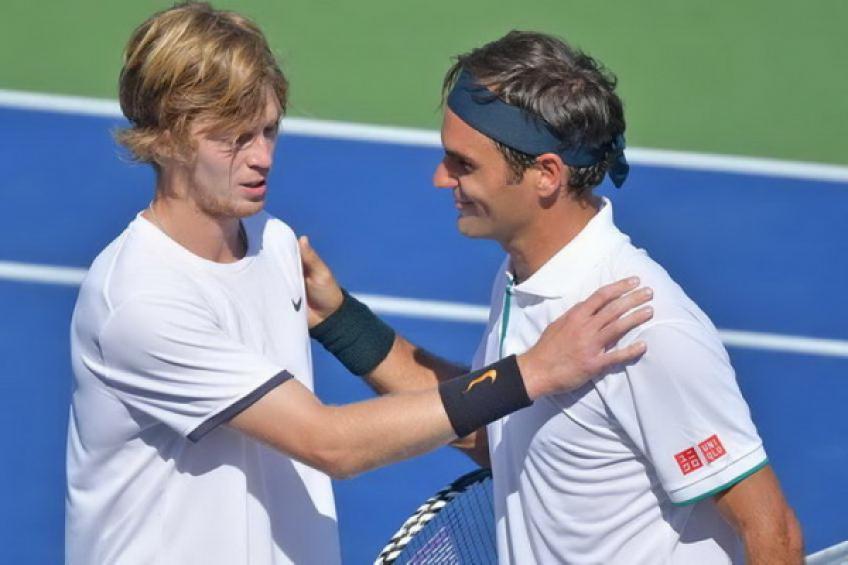 Andrey Rublev has been ranked inside the top-10 for a year and a half. The Russian overcame injuries in 2019 and showed his full potential. One of Andrey’s most notable victories came in Cincinnati 2019 when he toppled Roger Federer 6-3, 6-4 in 61 minutes!

Sharing memories from this thrilling triumph, Rublev said he was shocked after the last point. Also, the Russian mentioned how natural and grounded Roger was in defeat, which impressed the youngster a lot. Andrey advanced into the first Masters 1000 quarter-final in Cincinnati that year and outplayed the Swiss in almost every department to control the scoreboard.

Rublev lost 15 points in ten service games and saved two out of three break chances. The youngster grabbed 40% of the return points and stole the legend’s serve three times to race over the top. Firing 17 winners and six unforced errors, Andrey tamed his shots nicely and left Roger behind despite 20 winners and 19 mistakes from a multiple Cincinnati champion.

Landing one bold stroke after another, Rublev took charge in the shortest rallies up to four strokes and outplayed Roger 43-34, which is never easy. The Russian also had a 16-10 lead in the more extended exchanges and sealed the deal in style to advance into the last eight.

Andrey broke at 15 in the second game following Roger’s loose backhand but gave serve away in the next one when his forehand landed long. Determined to give his best, Rublev fired a forehand winner to secure another break and open a 3-1 lead.

Andrey Rublev spoke about impressive victory over Roger Federer in Cincinnati 2019.
He made no errors while serving to confirm the advantage. The Russian landed a service winner to move 5-2 up and closed the opener with three winners in game nine for 6-3 after 28 minutes.

Federer never found the desired pace on the return, taking only four points in Andrey’s games in set number two and feeling pressure. The Swiss brought the fifth game home with a service winner. Andrey broke him at 3-3 thanks to a deep return to forge the advantage and take a massive step towards the finish line.

Rublev confirmed the break with a hold at 15 and served for the triumph at 5-4. Staying calm, Andrey held at 15 after forcing Roger’s error to emerge as a winner and wrap up one of his finest performances on the Tour. “I was in a state of shock when I beat Roger, but also because I put myself in his place and imagined the harshness of that defeat for him.

Players from the top have to endure so much pressure because they can’t lose and decrease themselves in the media. They have to reach at least the final in every tournament. Roger has been doing it for many years. He impacted me even more than my victory; his behavior, attitude and how he accepted it. I felt like I have beaten a true legend,” Andrey Rublev said.