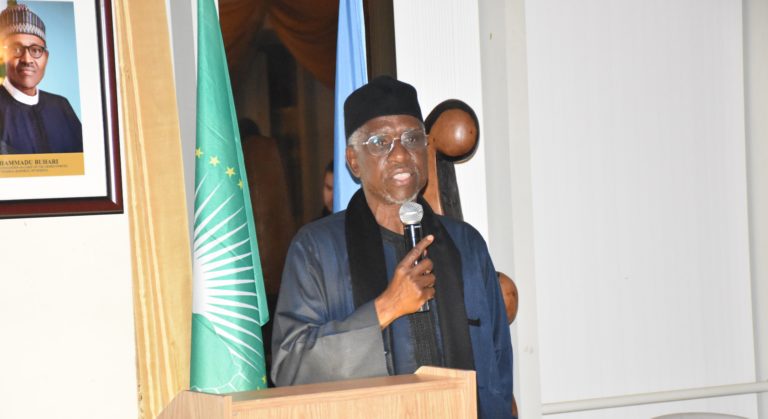 Executive Secretary of the National Universities Commission (NUC), Prof. Abubakar Rasheed, said the agency was in the final stage of “a draft review’’ of Nigeria’s university curriculum.

Rasheed stated this at a high-level interactive dialogue commemorating this year’s International Day of Education at the United Nations Headquarters in New York.

Speaking as a panelist at the event, he said the move was part of efforts by the Federal Government to revitalise the country’s tertiary education system.

“We are about to conclude the draft review of the entire country’s curriculum, working closely with the industries in the country to identify the gaps between the classroom experience and the workplace experience.

“We are very happy because we are currently being helped by the Nigerian Economic Summit Group,’’ he said.

The NUC boss was speaking on Nigeria’s university education challenges in the areas of access, quality, safety on campuses, inclusion, among others, and how they were being addressed.

The government, he said, fully understood the challenges facing the country’s educational sector and was taking steps to address them.

He stated that a committee of experts, raised by the commission two years ago to examine the sector, produced a draft blueprint with inputs from all stakeholders.

In the blueprint, he said, poor access and quality of university education were identified as the major challenges in the system.

“Currently, there are 172 universities in Nigeria. 79  are privately owned, largely by churches, some by Muslim organisations and by individuals.

“The others are public universities owned by the Federal Government and various state governments.

“We have a total population enrollment of slightly over two million in the entire university system, which spells a very serious problem; it is almost a crisis.

“A population of 200 million people with a total university enrolment of just two million translates into one per cent of the population currently in the university.”

He said another dimension to the challenge of access was the gender composition of university students in the country and their enrolment in core courses such as Engineering, IT and others

`This is one area we have been working on and at least for the first time in many years we have now succeeded in getting reliable data, which we publish and share with all our stakeholders.

“In general, it is just about 42 per cent of the total population that are female, and about 58 per cent are males,’’ he said.

On the teaching side, the executive secretary said there were currently 61,000 academics in the nation’s university system out of which only about 17 per cent were female.

He said the government’s major focus now was how to attract more female graduates into teaching, especially in the “hard core areas of Engineering, Basic Medical Sciences, Environmental Sciences and Agriculture.

“But in the fields of Medicine, Art, Humanities, Languages, Education, the gender ratio is either 50-50 or there are more female lecturers.

“We have just signed something with Oxford University under which a number of Nigerian female academics are attending series of training.

“Next month, another group will go there to help inject more confidence and competence into the female academics so that they continue to be role models to our young children in the country,’’ Rasheed said.

On safety, the NUC boss said Nigeria’s university campuses were generally safe, except for pockets of one-off security incidents in some areas.

He added that there was also a culture of academic freedom in Nigerian universities for both students and teachers to engage in critical thinking and develop their analytical capacities.(NAN)