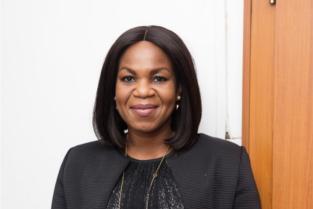 The African Students Education Support Initiative(ASESI) has called on to the presidency to honour Mrs Damilola Ogunbiyi, over her invaluable services in Rewable Energy.

ASESI described Ogunbiyi as a transformational agent in the energy sector.

Ogunbiyi was the first female Managing Director of the Nigerian Rural Electrification Agency.

She was responsible for successfully negotiating within 18 months the Nigerian Electrification Project which is a 550 million dollars facility from World Bank and AfDB to rapidly construct solar mini-grids and deploy solar home systems across Nigeria.

More so, she was also responsible for the Energizing Education Programme(EEP) which will provide uninterrupted electricity to 37 federal universities and seven teaching hospitals through off-grid captive power.

Speaking with newsmen in Abuja, the Executive Director of ASESI, Mr Chinonso Obasi, threw more light on Ogunbiyi’s strides in EEP among others.

“On Jan. 25, 2018, I led 362 student leaders to present a memorandum in a public/investigative hearing in the joint committee of power and public procurement; the Chairman House of Representatives Committee on Power read a letter from his committee mandating the ministry of power to stop work until they are satisfied that due processes were followed in the implementation of the EEP.

“The EEP is an Initiative of Ogunbiyi; an effort to provide uninterrupted electricity to Nigerian Students by providing power through off-grid captive power to 37 Federal Universities and seven University Teaching Hospitals.

“I witnessed Ogunbiyi fighting like a lioness against efforts to use bureaucracy to delay a project which is considered a “life saving” one for Nigerian Students and Neighboring communities to institutions of benefit.

“We joined hands with her although our demand was for speedy implementation and extension of the EEP to all the Federal Institutions in Nigeria.

“The 180 female STEM students in phase 1 have commenced their EEP internship.’’

Obasi said that his team had been monitoring these projects and the achievements so far were highly commendable.

He said that in phase 1, construction was ongoing as two universities had been completed and commissioned.

According to him, the remaining seven projects are between 10 per cent and 90 per cent complete.

“Phase 3, implementation strategy being developed for the eight identified federal Universities. AFDB is funding this phase.

“If Ogunbiyi was not determined on breaking jinx and bringing development through power sector, the EEP project would have been unachievable as saboteurs were ready at all cost to stop its implementation.’’

He said that the recent appointment of Ogunbiyi by UN was another feather added to her cap.

Obasi said that if a global and reputable organisation like UN had honored Nigeria’s Ogunbiyi because of her unique services in the energy sector, the presidency should equally follow suit.

“ It is regrettable that our best are mostly celebrated outside the shores of Nigeria with greater responsibilities and honour while at home, the reverse is the case.

“The presidency should celebrate patriotism and diligent services amongst public office holder.

“This, I believe, will spur workers; Ogunbiyi should be honored by the presidency for her unique services in renewable energy,’’ he said.