Recycling has potential for revenue – Expert 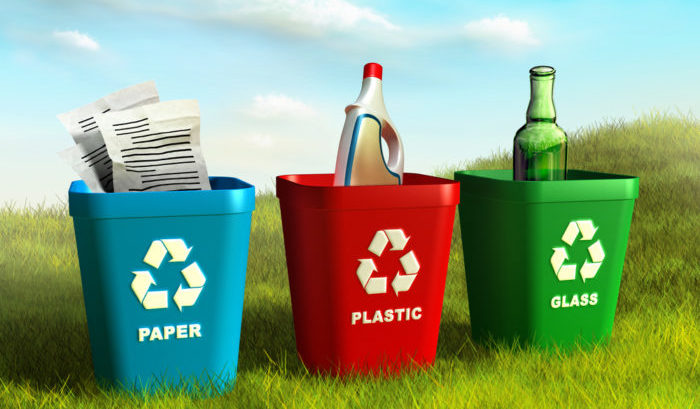 Idris made this known in an interview with the News Agency of Nigeria (NAN) in Abuja on Friday.

He, however, said that the recycling industry in Nigeria was still at an infancy stage compared with other parts of the world where countries were making billions of dollars through recycling.

Idris said with a population of about 200 million, Nigeria generated millions of metric tonnes of waste and only a fraction was being recycled in a formal way of recycling as was being practiced globally.

“Nigeria is not doing well in the area of recycling considering that recycling has not significantly progressed nationally.

“We still majorly practice privatised small scale recycling and manufacturing companies are still free to produce as much non-biodegradable waste as they desire.

“Scavengers are the major beneficiary of this industry and its only the aluminium/metal wastes that are their major priority.’’

The environmentalist said the recycling sector was capital intensive and required continuous input of finances to start and maintain.

According to him, it is a practice that does not immediately generate large profit, and it is a process that takes time to self-sustain itself financially.

Idris said for Nigeria to tap into the recycling industry for economic development, government and private sector should be ready to input large capital and reinvest initial profit into the system toward making it self-sustainable.

The don said that government should legally impose the utilisation of recycled materials as part of the process of manufacturing, particularly for companies that produce wastes.

The professor said that government should ensure implementation of imposed taxes for companies that produce non-biodegradable waste, saying that these green taxes would be reinvested into research and development for the management of waste.

“There should also be tax incentives and fines where applicable.”

He said the first stage of recycling waste for sustainability involved proper sorting of waste immediately from either houses, offices, schools and commercial areas.

“In developed countries, waste containers have different labels for either plastics, papers, metals, or other items as the case may be.

“In Nigeria, we drop all kinds of waste in a single container which is not a good practice and therefore, this is the first stage of recycling waste for sustainability.”

The don said in addition, proper awareness and enlightenment on the importance of recycling waste products needed to be pursued through social media platforms.

He said provisions of sanitary landfills and modern waste treatment plants needed to be available in all the major cities and towns in the country.

Idris said that government should collaborate with countries that were doing well in the area of recycling, especially the Asian tigers on their new technology in the industry.

He said that government should encourage research in Nigerian institutions in the area of recycling to proffer local concepts by complimenting the state of the art technology.

“This industry can generate revenue to government if it is being put to use.

“However, it is better for government to put eyes on the industry as the more it is being neglected, the consequences is fast approaching; for example, the destruction of the environment in many ways.”(NAN)