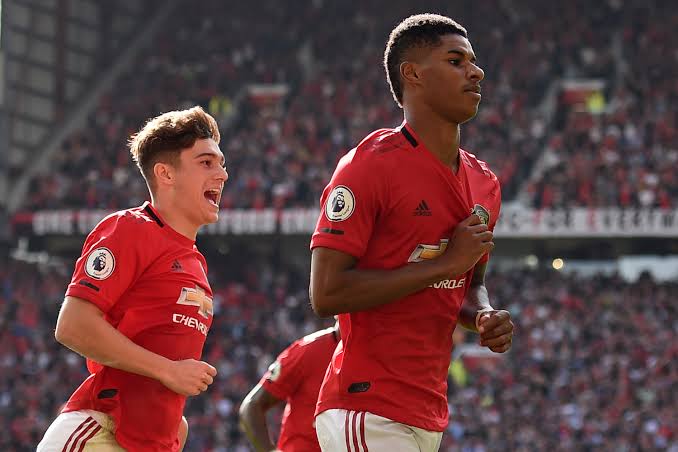 Marcus Rashford scored twice as Manchester United made it four wins in a row and ended Arsenal’s perfect start to the Premier League season with a 3-1 victory at Old Trafford on Sunday.

Gabriel Martinelli looked to have given Arsenal a 12th- minute lead after finishing off a swift break but the effort was disallowed following a VAR review.

Martinelli forced two saves out of United keeper David De Gea as the visitors began to dominate but it was the home side who drew first blood through debutant Antony.

The Brazilian winger, signed from Ajax last week, was found on the right by Rashford and coolly drifted a shot into the far bottom corner.

Arsenal deservedly drew level when the outstanding Martin Odegaard threaded a ball towards Gabriel Jesus in the box and after a challenge by Raphael Varane the ball fell to Bukayo Saka who slotted home.

United restored their advantage in the 66th minute, however, when Bruno Fernandes found Rashford with a superb through ball and the England striker beat the advancing Aaron Ramsdale.

It was another swift counter that led to United’s third with Christian Erkisen breaking clear and slipping the ball across to Rashford for a simple finish.