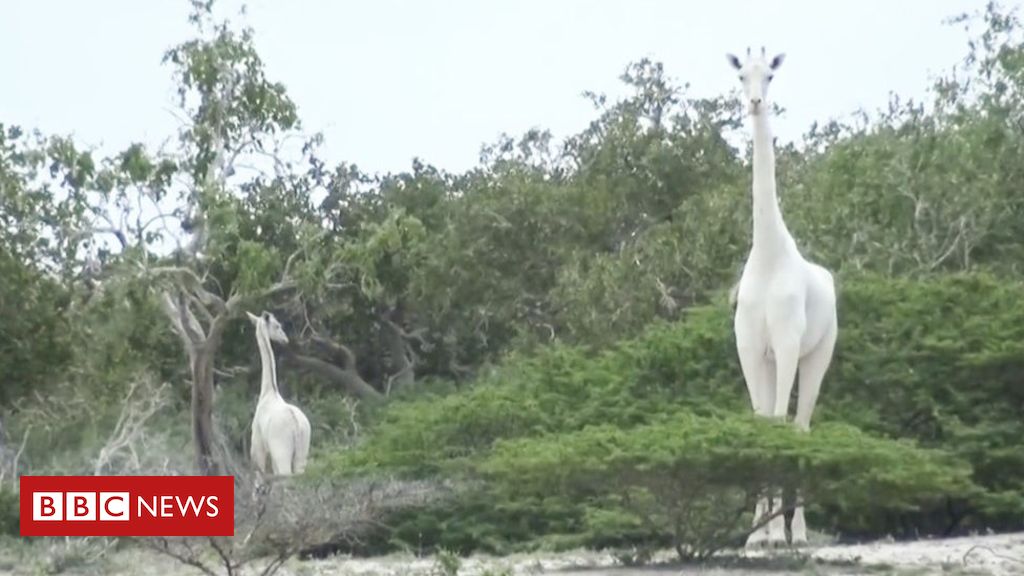 Rangers had found the carcasses of the female and her calf in a village in north-eastern Kenya’s Garissa County.

A third white giraffe is still alive. It is thought to be the only remaining one in the world, the conservationists added.

Their white appearance is due to a rare condition called leucism, which causes skin cells to have no pigmentation.

News of the white giraffes spread across the world after they were photographed in 2017.

The manager of the Ishaqbini Hirola Community Conservancy, Mohammed Ahmednoor, said the two killed giraffes were last spotted more than three months ago.

“This is a very sad day for the community of Ijara and Kenya as a whole. We are the only community in the world who are custodians of the white giraffe,” Mr Ahmednoor said in a statement.

“Its killing is a blow to the tremendous steps taken by the community to conserve rare and unique species and a wake-up call for continued support to conservation efforts,” he added.

The poachers have not yet been identified, and their motive is still unclear.

The Kenya Wildlife Society, the main conservation body in the East African state, said it was investigating the killings.

White giraffes were first spotted in Kenya in March 2016, about two months after a sighting in neighbouring Tanzania, the conservancy says on its website.

Some 40% of the giraffe population has disappeared in the last 30 years and poaching for meat and skin continues, according to the Africa Wildlife Foundation .