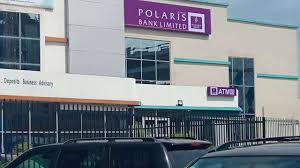 Abiru gave the assurance  in a statement in Lagos, on Friday

He said that the bank supports the global “HeForShe” movement initiative of the United Nations (UN), through it various empowerment programmes .

Some of them, he said was in line with the bank’s Sustainability and Corporate Social Responsibility (CSR) Policy thrust.

He affirmed his nomination as  Gender Equality Champion by the Lagos State Ministry of Women Affairs & Poverty Alleviation in conjunction with UNWomen.

“Our commitment to gender equality runs just as deep as our passion for creating value which is why it is one of the main focus of the Women and Youth Empowerment pillar of our Sustainability and CSR Policy.

“Women are the most deprived gender in the world and apart from constituting majority of the unbanked, they are also deprived on cultural grounds in developing economies.

“In support of the objective of the HeForShe movement, we have and will continue to support particularly, the economic and financial growth of women and contribute to building an enabling environment for them,” he said.

Also, the Lagos State Commissioner for Women Affairs and Poverty Alleviation, Mrs Bolaji Dada, said that the HeForShe was a platform through which men and boys were encouraged to become agents of change.

She noted that it was an initiative for men to stand in solidarity with women to create a bold, visible and united force for gender equality.

Ms Comfort Lamptey, UN Women Country Representative to Nigeria and ECOWAS, said that Nigeria, in spite of its leadership role in Africa lags behind when it comes to promoting gender equality and empowerment of women with an index of 0.85.

“The statistics of women in government in the state is perhaps the best in Nigeria and the launching of the HeForShe Campaign is indeed, a demonstration and commitment not only of the government, but also of the men and the women of Lagos State to gender equality and empowerment of women,” she said.

The News Agency of Nigeria (NAN) recalls that Polaris Bank recently partnered WIMBIZ 2019 Conference with over 1,600 women across various sectors in attendance, in addition to sponsoring her female staff members to reaffirm its support for women and commitment to gender equality.

The Bank also sponsored the maiden Sisters Keepers Initiative workshop, which held in Kano for Social Impact and Awareness on rights of Women and the Girl Child in the Northern Region, with over 400 women spanning across education, business and politics in attendance as participants.

HeForShe is a solidarity campaign for the advancement of gender equality, initiated by United Nations (UN).

Its goal is to achieve equality by encouraging both genders to partake as agents of change and take action against negative stereotypes and behaviors. (NAN)