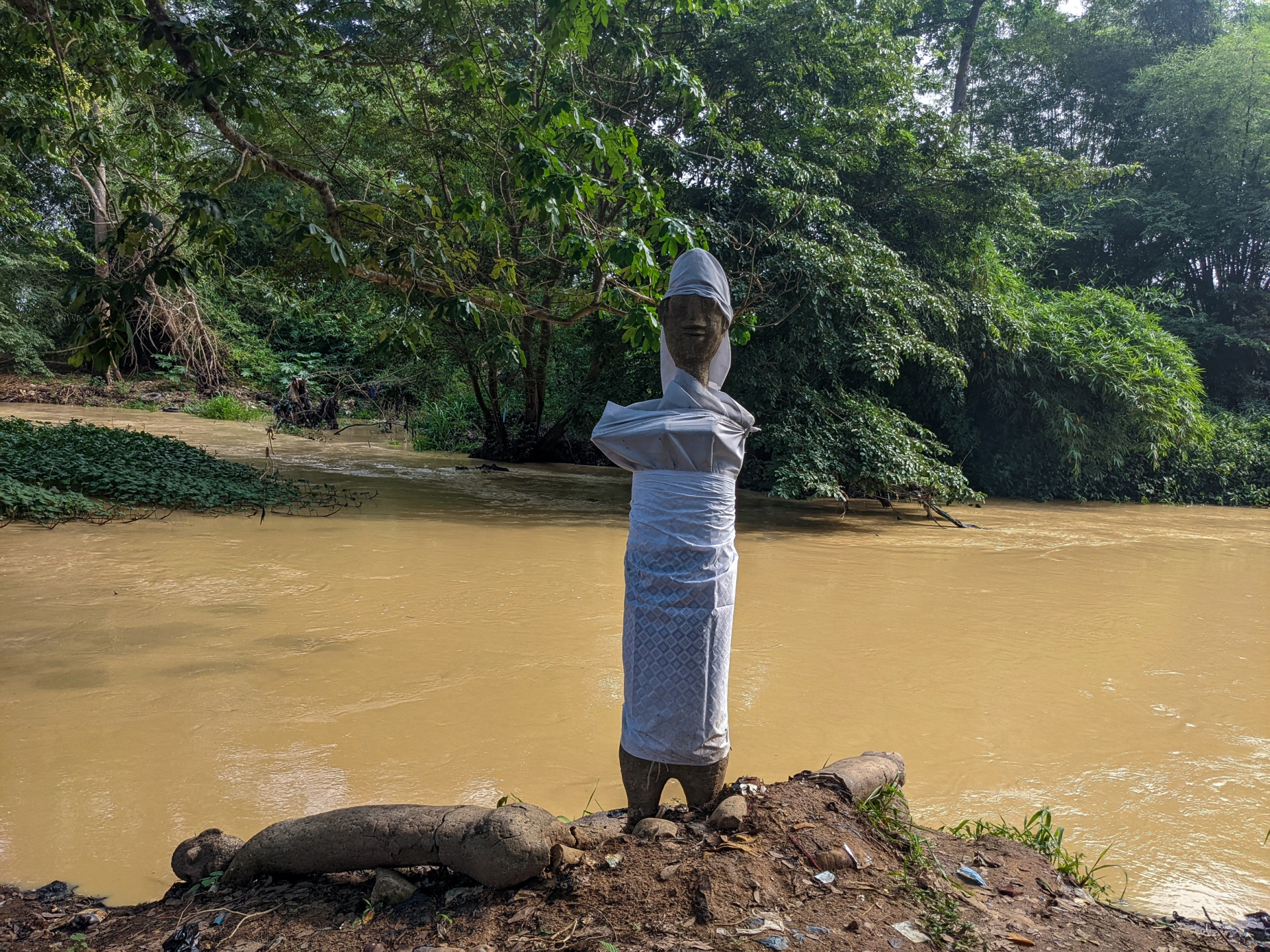 Ilesha, Nigeria – This August, thousands of adherents of Osun, the Yoruba goddess of fertility and love gathered from within Nigeria and across the Black Diaspora for an annual two-week festival in the southwestern Nigerian state also called, “Osun”.

Through the sacred grove where they converged in adulation runs a river by the same name, believed to have healing powers.

In recent years, the river, which flows across five states in the region before entering the Gulf of Guinea, has been polluted by mining activity from surrounding communities.

But no one is sure who, exactly, polluted the water.

In Nigeria, artisanal mining is more common. Artisans use light equipment like shovels and focus on alluvial deposits but others, backed by smaller companies, use heavier equipment, including excavators.

In Osun, residents pointed out Chinese backers who operated under an atmosphere of secrecy and employed armed security operatives.

Across the course of the river and its tributaries, there are several mining sites.

But Osun is also home to the only large-scale commercial gold mine in Nigeria.

While the Nigerian government at state and federal levels have announced investigations, experts have said that regardless of who is responsible, there will be long-term effects on those who depend on the water for their livelihood and their faith.

Water sample tests revealed levels of arsenic and mercury – priority chemical contaminants, according to the World Health Organization (WHO) and Nigerian Industrial Standards (NIS) – were 850 percent and more than 2,000 percent respectively above permissible levels.

“Farmers use the water to feed vegetables, maize, etc,” Anthony Adejuwon, head of civic organisation Urban Alert in the capital of Osun, Osogbo, said. “Just look into the future, can you imagine the amount of cyanide, lead and mercury that will be in each person’s system?”

“Think about the fish caught inside the water; they dry it and sell it in the market, we all eat this fish. Even cattle come to the water to drink, do you know the implications?”

Nkem Torimiro, senior lecturer in microbiology at Obafemi Awolowo University, Ile-Ife, said people living along the Osun River, and their unborn children, are at risk of neurological disorders.

“Children exposed to high levels of lead could have behavioural disorders, learning disabilities and low IQ – which is irreversible,” she added.