Photos: Draw puts Croatia into World Cup last 16 and Belgium out | In Pictures 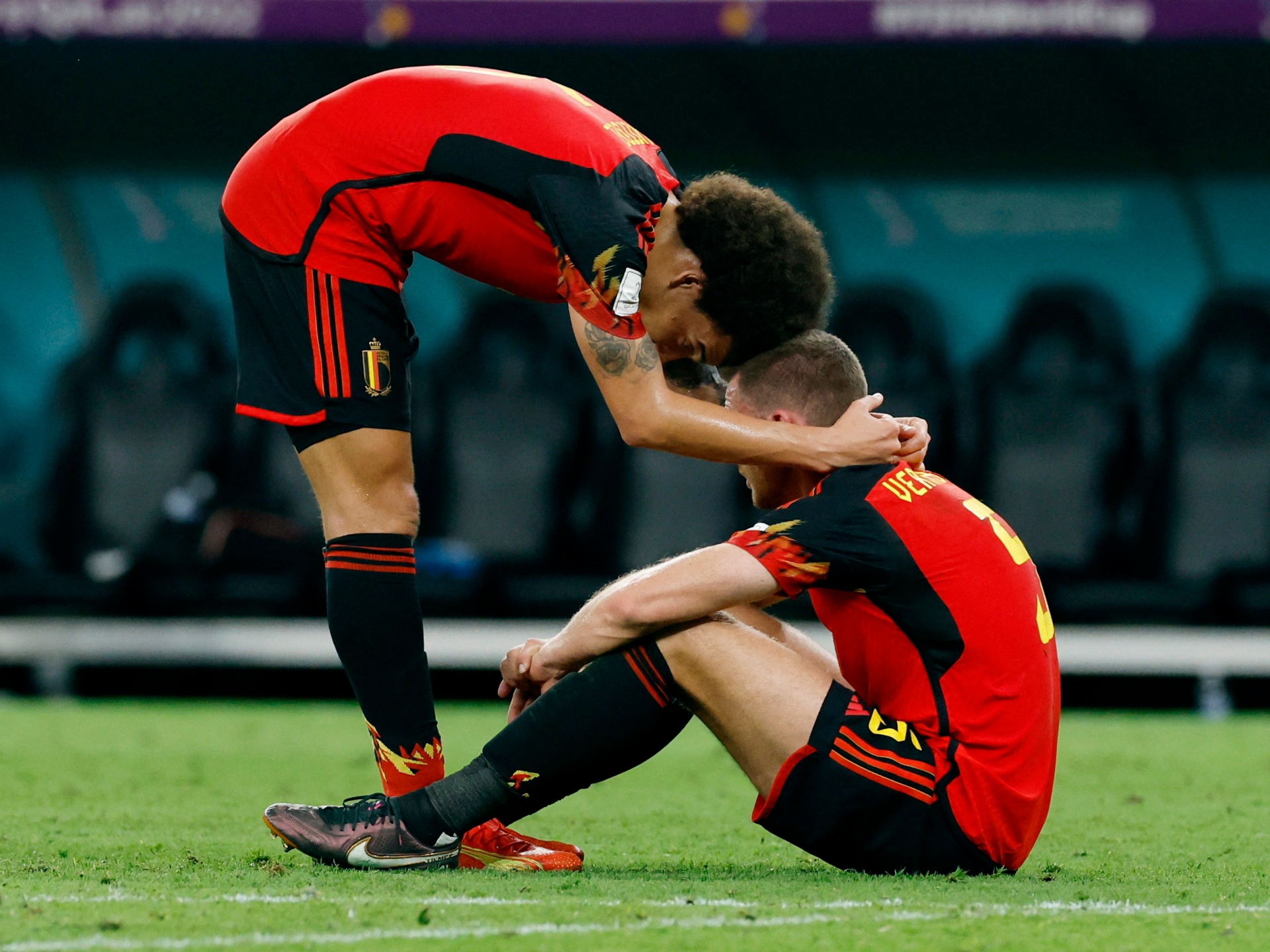 Croatia advanced into the last 16 of the World Cup after holding a stuttering Belgium to a 0-0 draw, sending their European rivals’ “golden generation” out of the tournament with barely a whimper.

The result on Thursday saw Zlatko Dalic’s men qualify in second place in Group F behind Morocco, who beat already-eliminated Canada 2-1 in the other game to secure top spot.

Neither side had a shot on target in a dour first half, and Belgium brought on striker Romelu Lukaku at the break, but it was Croatia who sprang to life, with Marcelo Brozovic and Luka Modric drawing saves from Thibaut Courtois in quick succession.

Lukaku rattled the post with a fierce shot from close range on the hour as Belgium pushed desperately for the goal that would send them through, but Croatia held firm to extend their unbeaten run in the World Cup group stage to six matches.