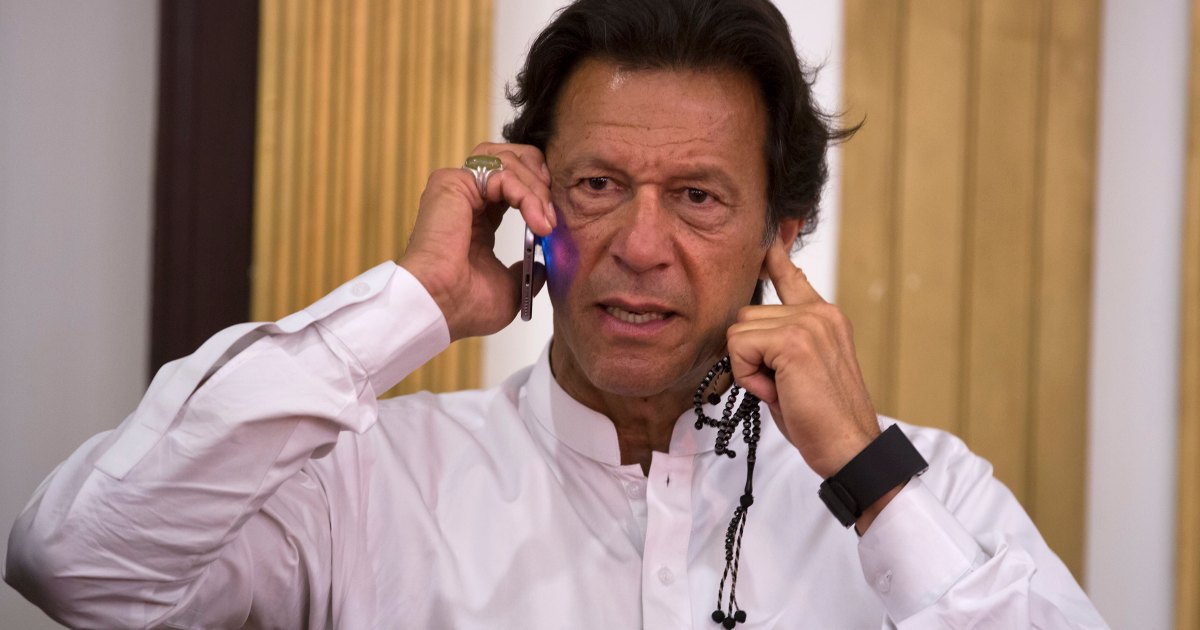 Pakistan’s government says it is investigating whether a mobile phone number once used by Prime Minister Imran Khan was part of a surveillance hacking attempt using the Pegasus software, the information minister says.

On Monday, the US-based Washington Post newspaper reported that a number once used by Khan was among a list of hundreds of numbers potentially singled out using the Israeli firm NSO’s Pegasus cellphone infiltration and surveillance software.

Information Minister Fawad Chaudhry said Pakistan was investigating the possible hacking attempt and would raise the issue at unspecified forums if it is confirmed, Pakistan’s Dawn newspaper reported on Tuesday.

Earlier, Chaudhry had expressed concerns regarding the revelations from the Pegasus Project, a consortium of news organisations producing stories based on leaks of NSO’s internal documents.

Reporting from the project showed that hundreds of rights activists, human rights lawyers, journalists, dissidents, political leaders, officials and others were potentially compromised using NSO’s Pegasus software, which the firm sells only to governments.

Human rights group Amnesty International confirmed the hacking on 23 out of 67 phones subjected to technical analysis, with 14 others showing signs of attempted penetration.

While the data from the Pegasus Project is organised in clusters that would suggest use by individual clients, it does not reveal which client was responsible for the entry of which phone numbers.

Analysis of the potential targets and correlation with known NSO clients led the project to identify 10 governments it believes to be responsible for surveillance of the list.