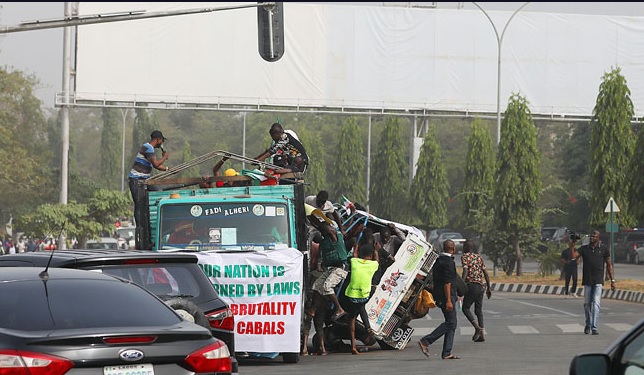 It was a moment of pain and sadness as some protesters of the Peoples Democratic Party (PDP) went back home with various degree of injuries after a driver of truck conveying them lost control following a failed stunt.

The accident which happened at the Transcorp Hilton junction in Abuja on Monday during the party’s protest against the judgment of the Supreme Court on the 2019 Imo State governorship election saw the truck crashing into another truck also conveying other PDP protesters.

Watch the video of the accident below on the twitter handle of “@Abuja_Facts“, as reports say no life was lost:

VIDEO: Protesters in support of the Peoples Democratic Party (PDP) were involved in an accident in Maitama due to reckless driving during their protest. pic.twitter.com/sAJsWnJjUk