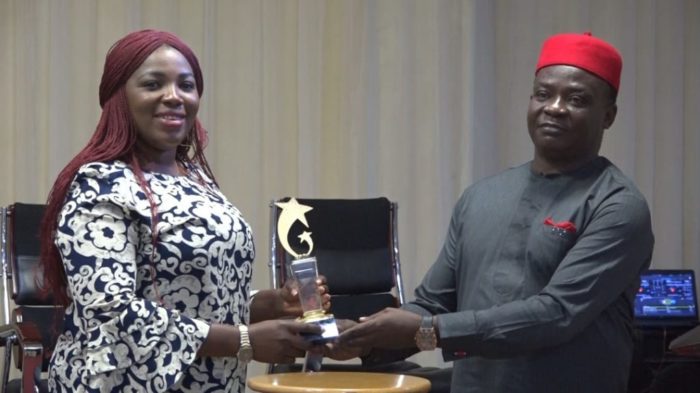 Ms. Diana Omueza, a reporter with the News Agency of Nigeria (NAN) has been recognised with an award for her outstanding reportage of issues bordering on disability.

Omueza was specifically recognised for her contribution during the struggles that led to the successful passage and assent to the Discrimination Against Persons with Disability Prohibition Act.

The award was presented by the Center for Citizens with Disability (CCD) at its First Disability Champions Award to commemorate the First Year Anniversary for the Passage of the Disability Act.

NAN reports that the National Disability Act was passed by the 8th session of the National Assembly and assented to by President Muhammadu Buhari in Jan. 17, 2019.

Mr David Anyaele, Executive Director of CCD lauded the contribution of NAN in creating awareness and sensitising the public to disability related issues.

He described Ms. Omueza as a passionate, diligent and quintessential reporter whose efforts in promoting disability issues, inclusion and participation in the society could not be unrecognised.

He said that CCD would continue to work with NAN to ensure that the content and provisions of the national disability law were implemented and enforced and that Person with Disabilities were fully integrated into all spheres of the society.

He advised other media platforms to emulate NAN and reporters across media houses to brace up on their chosen career or profession. (NAN)