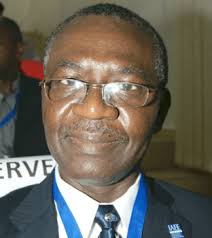 Prof. Wumi Iledare, former President, National Association of Energy Economics (NAEE), said the global oil price slump was an opportunity for Federal Government to exit the under recovery and over recovery challenges in the petroleum sector.

Iledare made the remark in an interview with News Agency of Nigeria (NAN), in Abuja on Thursday.

He said that apart from reducing the pump price of Premium Motor Spirit (PMS) to N125 per litre, the sector needed a lot of reforms.

“Government should have taken advantage of this low price to get out of the under or over recovery saga.

“The government appears too afraid of social unrest to maintain paternalistic lifestyle that is unsustainable,” he said
Commenting on the new pump price of PMS, he said that the N125 per litre of fuel would create producer surplus rather than consumer surplus.

“It is a price floor above the market clearing price at less than 30 dollars per barrel of crude.

“Unfortunately, government looks at N125 as price ceiling while marketers look at it as price floor. Basic economics supports the latter.

“So, consumers are not necessarily better off with this seemingly price reduction,” he said
According to him, consumer surplus is not optimised.

He explained that the only good thing was that there would not be shortage of PMS, but noted that it would be a substantial welfare loss with the price floor at N125.

“I wish the government could take the advantage of low crude prices and let go of price setting,” he added.
It will be recalled that federal government on March 18 announced price reduction of the pump price of PMS from N145 per litre to N125.

The Petroleum Products Pricing Regulatory Agency (PPPRA) said that from April 1, it would start a pricing modulation that would reflect the global market fundamentals.(NAN)