Odinga of Kenya glued to TV as lawyers argue case  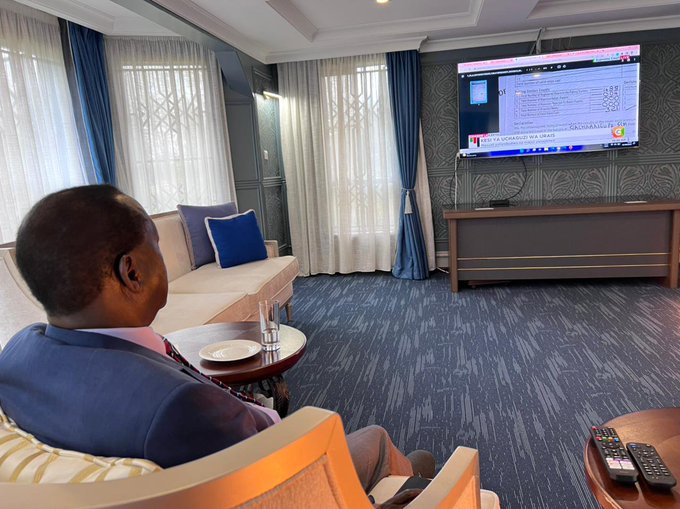 Lawyers for the loser of Kenya’s 9 August presidential elections are arguing his petition opposing the results at the Supreme Court in the capital, Nairobi.

They have shown video clips alleging that results forms were changed to favour president-elect WIlliam Ruto.

But these claims have been denied by lawyers for the electoral commission and those of Mr Ruto.

The seven Supreme Court judges will end the hearings in the coming hours to write a judgment which will be delivered next week on Monday.

Mr Odinga’s official Twitter account has shared a photo of the veteran politician following the court proceedings on TV.