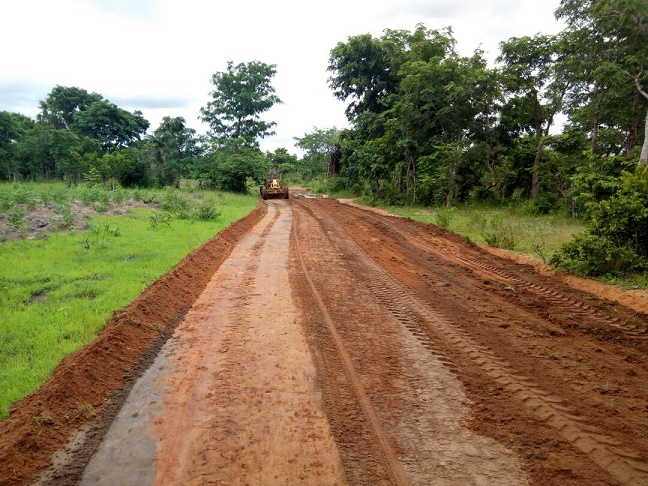 Ugwu who spoke in an interview with the News Agency of Nigeria (NAN) in Nsukka, said that  since Dec. 16, 2019, she assumed office, she has graded no fewer than 22 roads, with majority of them in the rural areas.

“Many people have been asking me why I am paying special attention on grading roads in rural areas. I believe opening up of rural areas will make it easier for farmers to transport their agricultural products to the towns at cheaper cost.

“A situation where rural farmers pay high cost of transportation because of bad roads leading to the urban centres or cities to sell their products discourage many people to engage in farming in rural areas.

“Grading of rural roads will also help give people living in the areas, a sense of belonging, so that they will not think that the local government has abandoned them,” she said.

The TC chairman listed some of the roads she graded within one month of her assumption of office to include,  Mkpanwamoke road In Lejja community, Amaudi road In Ehe-Alumona, Amenu road In Edem and Ghugbu-Eziani in Ezeani.

According to her, before now, these roads are in a deplorable state, as commercial and private vehicles found it very difficult to ply, but that with the current upgrade, vehicular movement have become faster and smoother.

Ugwu stated that she had given N1m each to the 20 wards in the local government area for the execution of one development project.

“Government should be all about how to develop people, because without the people there will be nothing like government.

” I have directed stakeholders in the wards to ensure that the N1m is used to carry out a particular project of their choice.

“They are also to ensure that the project is completed before Feb. 29, when my tenure will elapse as TC chairman,” she said.

The council boss further stated that she had started building a canteen for workers as she was not comfortable with the lack of restaurant for workers to have lunch around the council secretariat.

“When I assumed office, I discovered that the council has no canteen, workers and visitors trek long distances looking for where to eat.

“I will make sure that the canteen is inaugurated before my tenure expires.

“I believe taking care of welfare of workers will increase their productivity, “she said.

Ugwu also said that her administration had donated a 500 KVA electricity transformer to residents of GRA Nsukka as well as donated three generating sets to three security agencies in the area.

Ugwu was among the 17 transition committee chairmen appointed by Gov. Ifeany Ugwuanyi of Enugu State last December, following the expiration of the two -year-tenure of elected local government chairmen in the state on Dec. 4, 2019.

NAN reports that the state would hold its local government election on Feb. 29, to elect new council chairmen and councillors. (NAN)