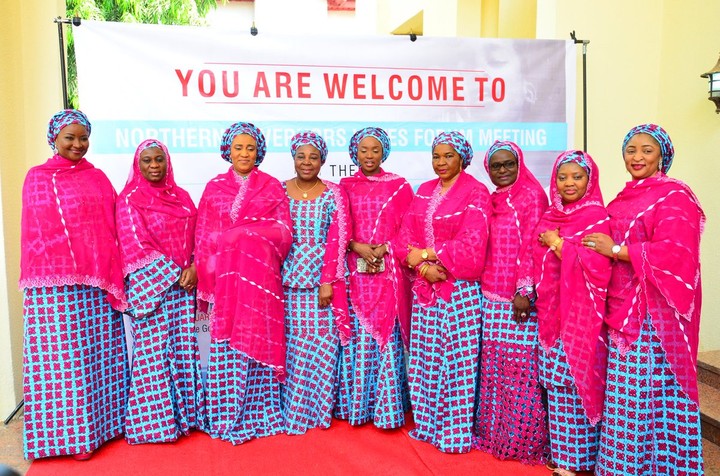 The wife of Kebbi State Governor, Dr Zainab Bagudu, said this at the campaign ceremony at Mohammed Goni IDPs camp in Maiduguri.

Bagudu, who is also the Secretary of the forum, explained that the campaign was part of the forum’s initiative to create awareness of cancer to the IDPs and to help them manage.

NAN reports that Feb. 4 was celebrated as World Cancer Day  for 2020.

She said that the whole week is going to be dedicated to raising awereness of cancer not only IDPs but also other people.

“We all know that cancer is a very dreaded desease that needs priority attention.

“It is important that we plan against getting the cancer disease by living a very healthy life. To avoid those things that are triggering cancer in our lives.

“We need to campaign against drug abuse, which may be very high in camps like this,” she said.

Bagudu urged the people that are supervising the camp to do more in eliminating the usage of illicit drugs.

“I know that you people are doing it already, but my brothers, my children, my sons that are in this camp, I urge you to be on the look out and avoid the act,” she said.

While identifying some habits that causes cancer to include smoking and sugar, she advised people to avoid consuming too much sugar or avoid it totally.

She added that the common cancer in Nigeria for women is breast cancer and prostrate cancer for men.

“We must learn to eat the right type of food that nourishes like, fruit and vegetable, which is very important in our everyday diet and avoid pure carbohydrates.

“I am pleased to note that the diet of people of Borno state is very rich and healthy, and if you stick to that and avoid eating too much oil in our food, then we will be on the right part.

“As a people generally, the African culture does not include processed foods and so we should try and avoid that and stick to our natural foods,” she advised.

She added that exercises are very good for the body and people should try and do that.

She called for the implementation of the National Cancer Control Plan.

“The National Cancer Control Plan was launched in April 2018, but we are yet to see proper implementation of it. If the state can start implementing their own screening programme, then we will definitely be better off with it.

“I will like to use this opportunity to call on all the authorities that are concerned to try and start immediate implementation of the National Cancer Control plan,” she said.

She said that it involves screening and by this it could be dictated early. if it is dictated it earlier it could be quickly addressed.

“Most of the death recorded about cancer in Africa and in Nigeria today was because they were detected late.

“Most of our people, particularly in the North where education is low and superstitious beliefs are high, they do not go for treatment early to saves lives”.

“In the developed world, there are so many cancer programmes that are well instituted and for these reasons, it made it very easy for them to start treatment quick,” she said.

Accoding to Bagudu, if nothing is done to curb cancer spread and make it priority now,  “I can assure you we are sitting on a time bomb and by the year 2030, Africa and Nigeria will have a significant death from cancer”.

Also speaking, Dr Falmata Zulum, Wife of the Borno State Governor, said that they donated relief items to persons affected by the insurgency at the IDPs camps.

Zulum reiterated that the focus of the forum was to identify and profer solutions to the menace of drug abuse, gender based violence and poverty among women through special empowerment intervention programmes.

“I want to appeal to governors’ wives to help in whatever means necessary to empowerment and help educate the displaced persons as government alone cannot take care of  all their needs.

“We sympathise with you the displaced people and we urge you to consider your predicament as a predestined and In-shaa Allah the end is in sight, keep praying and focusing on how to rebuild your lives in the near future,” she said.

A cancer patient, Malama Hadiza Manga,  commended the forum for the campaign awareness toward reducing cancer.

Manga attributed lack of awareness on early detection and lamented lack of adequate medical facilities to treat such patient, noting that many patients had died because they are not treated.

“Cancer patients also face stigma and in most cases, many husbands abandoned their wives in the hospital because they could not afford the money for treatment,” she said.

She however appealed to the forum to launch an appeal fund to support cancer patients in the country. (NAN)