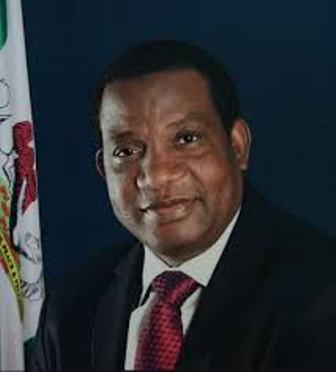 The Northern Governors Forum (NGF) is seeking a special fund from the Federal Government to combat the spread of COVID-19 in the region.

The chairman of the forum and governor of the Plateau, Simon Lalong made the call in a statement by his Director of Press and Public Affairs, Dr Makut Macham on Monday in Jos, after members’ meeting via teleconferencing.

The News Agency of Nigeria (NAN), reports that the NGF met to discuss issues of COVID-19 with special attention to its effects on the region.

According to the statement, the chairman claims that some special funds were given to other states but no state in the region has received any special allocation in spite of their record of cases.

The governor added that the fund would assist them in their frantic efforts to prevent any outbreak as well as prepare against any eventuality.

He expressed worry that efforts to combat the pandemic had eaten deep into the pockets of the states as they had spent huge money already and might not be able to sustain the gesture.

He said the forum would liaise with the federal government and the private sector to benefit from available palliatives and donations.

Lalong said the region was making efforts to diversify its economy by concentrating on areas of its comparative advantage to reduce over dependence on federal government allocations.

He said the region would strengthen border controls and surveillance as well as collaborations, to ensure that there was synergy in enforcing movement restriction in the region.

He said that there were indications that enforcing cross-border movements remained a challenge, as some recorded cases in some states were from external contacts in spite of  borders’ closure.

The NGF leader said resolutions of their meeting were for each State to adopt suitable measures peculiar to its environment as total lockdown may be detrimental, since most people in the region were farmers who needed to cultivate their farms, especially as the rainy season begins.

He said the forum would liaise with the federal government to ensure that every State in the region get at least one testing centre while highly populated ones could get two.

The chairman commended President Muhammadu Buhari for the measures taken to combat the pandemic and promised to support him to defeat the disease.

Lalong also commended the citizens of the region for supporting various directives of the State Governments in handling the situation, urging them to endure the situation being a global emergency.