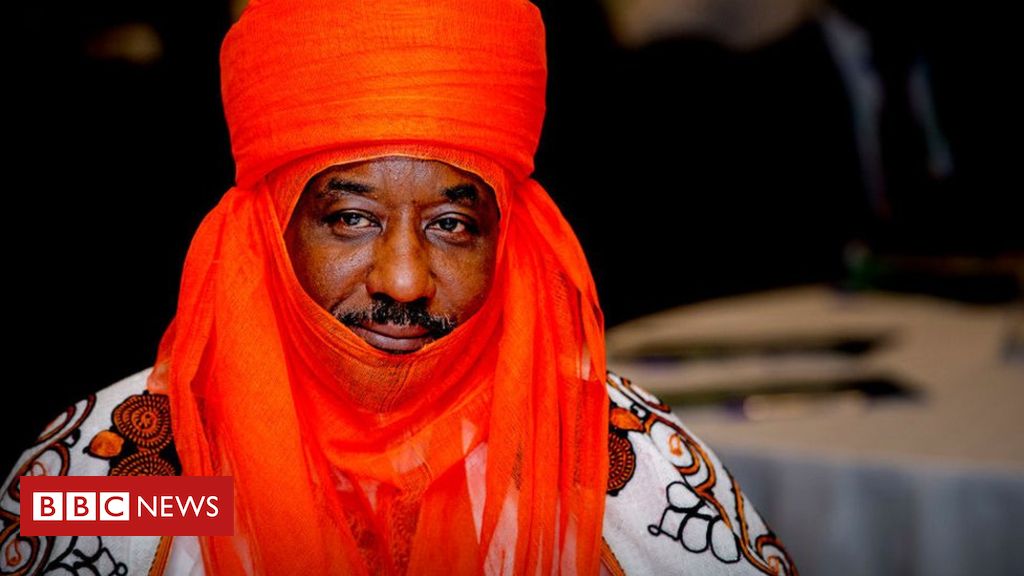 The Emir of Kano, Muhammadu Sanusi II, one of Nigeria’s most influential Muslim leaders, has been removed from office.

He was deposed after acting in “total disrespect to lawful instructions from the office of the state governor,” the Kano state government said.

Mr Sanusi, a former governor of Nigeria’s central bank, has had frosty relations with the Kano state governor, Abdullahi Ganduje, since 2017.

He has not commented on his removal.

Why was he sacked?

The government said he was removed “in order to safeguard the sanctity, culture, tradition, religion and prestige of the Kano Emirate,” accusing the emir of “total disrespect” of institutions and the governor’s office.

Since the emir and governor fell out, Mr Sanusi has not attended state functions and official meetings, which the government said amounted to “total insubordination”.

The BBC’s Mansur Abubakar in Kano said the emir’s refusal to appear before a panel investigating allegations of corruption against him did not go down well with the government.

He is accused of selling landed property and mismanagement of emirati funds but he secured a court order stopping the probe.

His supporters believe he was sacked for opposing the governor’s re-election last year.

They point to the governor’s splitting of the Kano emirate into five and appointment of four more emirs, as proof that he was out to weaken Mr Sanusi’s influence.

Mr Sanusi has used his position as emir to speak out on some issues peculiar to northern Nigeria and his outspokenness has upset some politicians.