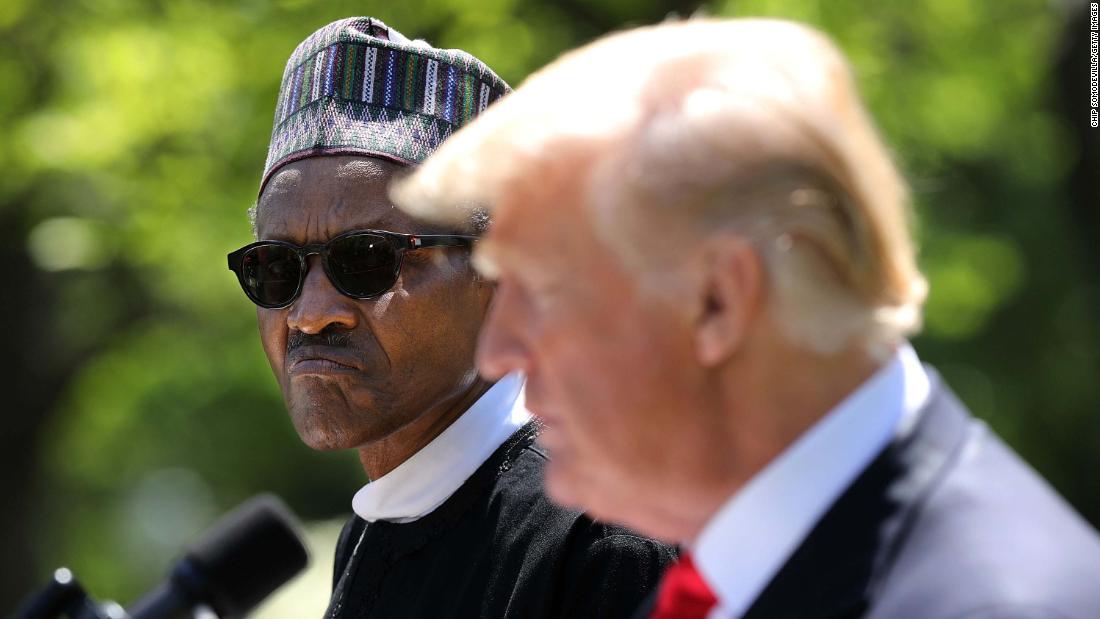 The ban, which is one of the US President’s signature policies, now includes five other countries as well as Nigeria which have been blocked from obtaining certain types of visas.

Immigrants from Myanmar, Eritrea, Kyrgyzstan and Nigeria will be banned from the US. Tanzanian and Sudan citizens will no longer be able to apply for the “diversity visas,” known as the green card lottery, according to the Department of Homeland Security.

A Nigerian civil group has started a petition to revoke the ban, saying it will affect families.

The US administration has defended the expanded travel ban, saying it is important for national security and that some of these countries have simply not met US security standards.

The extended ban does not affect tourism, business and student travel but it could have an impact on US citizens who want to be reunited with family members living in the affected countries.

Some Nigerians balked at being included on a list of “pariah states,” such as Myanmar and Eritrea.

“You know what it means for Nigeria, Eritrea, Myanmar and Kyrgyzstan to be put in the same category? Eritrea is the ‘North Korea of Africa,’ Myanmar is a pariah state & Kyrgyzstan is in the middle of nowhere. The US Government does not rate us, at all,” wrote Onye Nkuzi, a Lagos-based IT and business consultant, on Twitter.
The US has been a strong ally in Nigeria’s fight against terror group Boko Haram and cybercrime, among other causes. It is also Nigeria’s main trading partner and a close diplomatic ally since 1960.
“Nigerian immigrants tend to be young, hard-working, highly educated, and committed to this country. They pay taxes and contribute their fair share to schools and roads, and because of their demographics more than their fair share to entitlement programs like Medicare and Social Security. They’re exactly the sort of immigrants who for the last three centuries have made America great,” wrote author Sam Hill in a Newsweek article.

Desmond Okocha, from Lagos, told CNN: “Everybody should have freedom of movement, I don’t see any reason for doing that.”

While Hope Ilavbare said: “That’s absurd, it shouldn’t fly! We should be allowed to go into the United States.”

However, one woman told CNN she thought the ban was justified and would encourage Nigerians to stay at home and build their country.

Caroline Eboh told CNN, “If they feel we Nigerians are flooding their country then we should stay in our country. I don’t know what we’re going there to do anyways. I don’t have any problem with it.”

Other Nigerians blame President Muhammadu Buhari’s policies for lowering the country’s standing in the world.

President Buhari’s administration has responded by setting up a committee to work with the US government and Interpol to ensure Nigeria complies with global security standards.

“Nigeria remains committed to maintaining productive relations with the United States and its international allies, especially on matters of global security,” spokesman Femi Adesina said in a statement.

The previous travel ban has been called the “Muslim ban” by the US President’s critics but this new ban has been branded the “African ban,” as four of the countries are African and has prompted accusations of discrimination and racism.

Joe Neguse, a Colorado Democrat in the US Congress, lashed out at the ban. He tweeted: “As a son of Eritrean refugees, let me be clear: The President’s travel ban on African countries contradicts our American values and the promise and refuge our country has offered to immigrants and refugees for centuries… It is wrong. And we must oppose it.”