Nigeria: ‘We need a revolution, but maybe not that revolution of guns’ 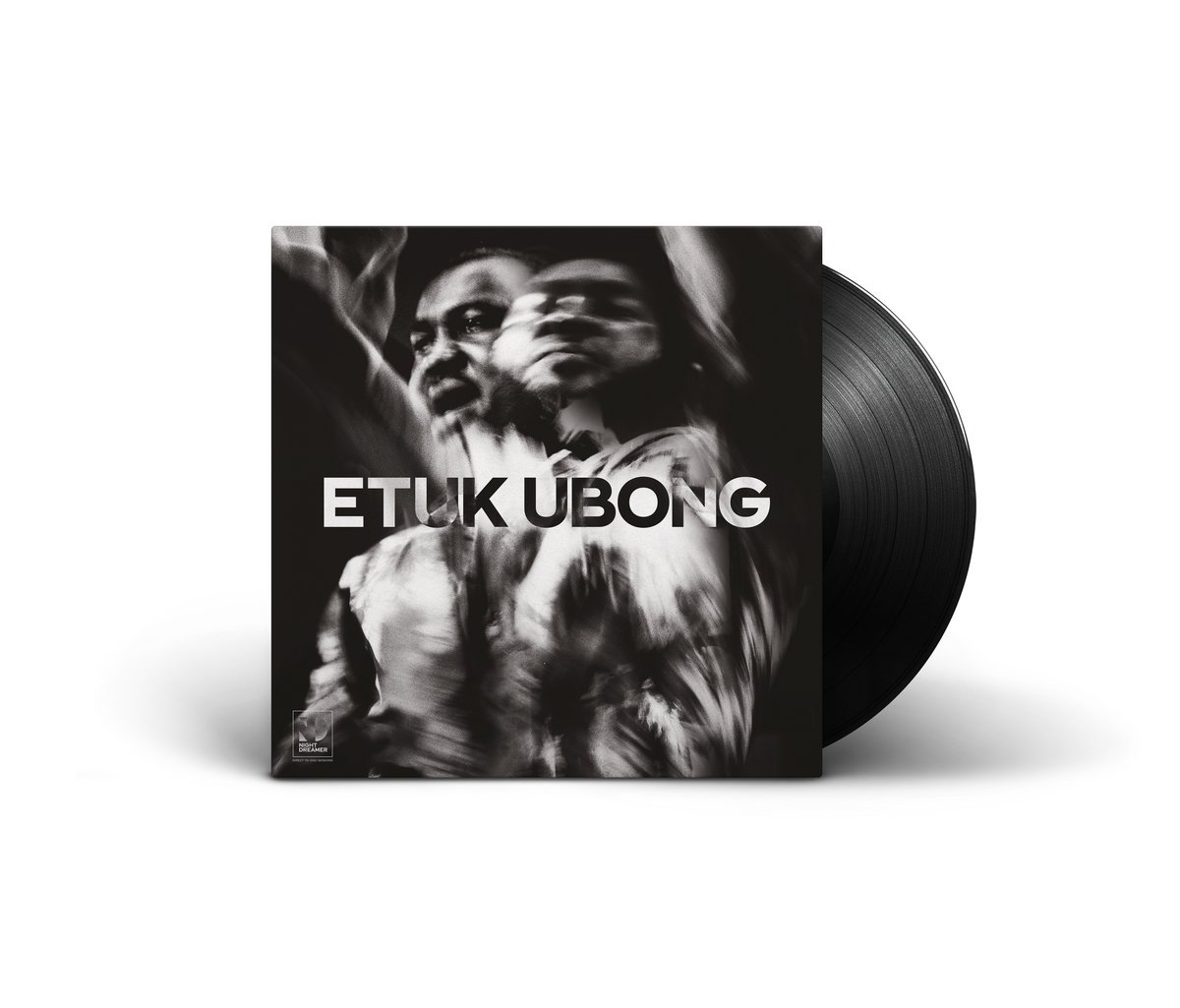 Etuk Ubong – a trumpeter and singer/songwriter with two EPs and two LPs, is perhaps Lagos’ best secret. I first listened to him in 2020. A fortuitous Spotify shuffle led to Africa Today, his most recent LP, whose cover art is an intense and blurred monochromatic portrait.

The music is urgent, defiant and fiery; [irresistible]. Ubong christens his sonic distillate, Earth music. There is a fancy description of how he spins highlife, jazz, afrobeat and his native Ekombi, drumming into an amalgam that also includes the cosmic elements of earth, wind and fire. This adds a fourth dimension: an ecological awareness, if not spiritual.

Ubong joined me on a Zoom call on one Sunday afternoon in May. He seemed relaxed in his Lagos apartment, even though he had a barber’s appointment, in preparation for his show that evening. Thick-set and heavily bearded, the 28-year-old almost looks a tad older than his age, until he reveals a boyish smile.

I asked him how it all began and he refers to his mother, a fervent churchgoer, who insisted on keeping her children – Etuk and his older sisters – in church. “I found myself at the bandstand and started playing the conga drum…”

He would remain a self-taught conga drummer until the church hired a trumpeter, whom his mother approached for lessons. “And that’s how my sojourn started for the trumpet. But I really didn’t take it serious[ly].” This until he met Victor Ademofe, a trumpeter and bandleader, who introduced him to Jazz greats like Al Strong, Miles Davis, Clifford Brown, John Coltrane and Charlie Parker.

We need orientation, education… People have to be aware of the need [for] a revolution, but maybe not revolution of guns.

Ubong was in his mid-teens when his obsession with the horn finally caught on. A spoilt horn led him to Baba YS (sobriquet for Yinusa Akinnibosun), the saxophonist who once played in Fela’s Egypt 80 band and also repaired brass instruments.

While testing his horn with a fast-paced chromatic scale, Ubong mastered it. Baba YS was so impressed that he offered to take him to Stadium Hotel where Victor Olaiya’s All Stars International Band played.

During their Wednesday rehearsals, Ubong played on his horn. Listening from his office, one Victor Olaiya ordered that he be hired immediately. At 16, Ubong’s next phase of apprenticeship had begun. It was nothing like what he was taught at Peter King College of Music, Muson School of Music, or the University of Cape town.

Ubong fondly remembers Olaiya, who passed away in February 2020. “While I was with Olaiya…I asked him a lot of questions. He told me about Eddy Okonta, Zeal Onyia, Roy Chicago and Crosdale Juba.”  Ubong spent hours transcribing trumpet solos.

‘Reawakening of his consciousness’

Ubong was also introduced to Femi Esho, the largest collector of Highlife vinyls in Nigeria, who would give him records to listen to. He would watch and learn how the late juju maestro, SF Olowokeere, tuned his guitar for his Saturday performances.

He spent three years with Olaiya’s band before moving to gospel reggae sensation Buchi’s band, where he spent another two years. Then he landed in Femi Kuti’s Positive Force Band for another two years. Ubong described this time as ‘reawakening of his consciousness’.

Fela’s journey began when he stumbled on life-changing biographies. Encountering Sandra Izsadore in Los Angeles in the thick of the civil rights movement in the late 60s radically repurposed his life. Ditto for Ubong.

He read Carlos Moore’s autobiography of Fela, This Bitch Called Life. He read the biographies of Malcolm X, Steve Biko, Marcus Garvey and Mahatma Gandhi. He also read Yosef Ben-Jochannan’s Black Man of Nile and His Family as well as Africa: Mother of Western Civilisation. He polished it off with Frantz Fanon’s The Wretched of the Earth – all essential reading for a blossoming pan-African mind.

Like Fela, Ubong’s early offerings were heavily influenced by jazz, modal jazz to be exact. It was not until he released Tales of Life, that hints of Afrobeat found their way into his riffing.

He was invited by the prestigious Night Dreamer label to Amsterdam to record at Haarlem’s Artone Studio. The product is Africa Today, which features Robin van Rhijn on drums, Jack Stephens Oliver on keys, Benson Itoe on bass, Mamour Seek and Dra Diarra on percussion, Michael Awosogo on trumpet, Alba Pujals on trombone, Giovanni Cigui on tenor saxophone, Nicolò Ricci on baritone saxophone, and Bahghi Yemane on vocals.

Featured on The Lagos Review’s top 50 music albums of 2020, Africa Today was described as a “litany of complaints about what Africa and Nigeria today is, but masterfully conceived with an irresistible groove.” According to the journal, “Fela would have been exceedingly proud.”

A review published by The Wire reads: “Nigerian trumpeter/vocalist Etuk Ubong’s soulful blend of Afrobeat is better than that made by either of Fela Kuti’s actual kids.”

It’s beautiful to have a space where, aside from paying homage to the great pan Africanists, it’s a space of consciousness.

When I asked Ubong how he got along with the Kutis, there was a drawn out pause. “There’s friction now… between myself and the Kuti family really. It’s something that I don’t really get involved in anymore.”

I stirred away from this uncomfortable moment and asked about the commercial impact of his sophomore LP album. There are consequences to having a record released in the middle of a pandemic. Africa Today neither enjoyed press coverage nor the extensive tour it deserved, but Ubong is not perturbed. He is currently selecting songs for his next album, when he is not running The Truth, his 500 capacity Nightclub in Surulere, a stone’s throw from where Fela’s Afro Spot club used to be in the 70s.

“The Truth…was birthed by my experiencing the Shrine, experiencing Stadium Hotel. It’s beautiful to have a space where, aside from paying homage to the great pan Africanists, it’s a space of consciousness. It’s not a religious space, but a space where people come for that kind of (awakening),” Ubong says of his club where he performs at least thrice a week.

Events there are similar to Fela’s Afrika Shrine: a weekly rehearsal on Tuesdays, open to the public; a comprehensive show on Fridays called Ritual Night (when libations are poured and prayers are said to ancestors); then the Sunday commune – reminiscent of Sunday Jump at the shrine. The Truth also draws clientele from all walks of life: undergraduate students from University of Lagos, skilled workers, daily wage earners, intellectuals, activists, and the odd musicophile.

Ubong’s latest single, I waka dey go, released in 2021, is a fast-paced protest song against police brutality, government corruption and the citizen’s survival creed. We talk about the #EndSARS protests and the ongoing social media clampdown. Ubong believes that power belongs to Africa’s young people who have been underserved by their government’s policies, especially in education.

“With the situation around the agitations for a Biafran nation, IPOB, the Yoruba nation and all of these things, they [the government] don’t mean well for our citizens. Now with the Twitter ban, that was the height of it all, [it] shows that anything can happen, [it] shows that we’re not safe,” Ubong said. “We need orientation, education… People have to be aware of the need [for] a revolution, but maybe not revolution of guns.”