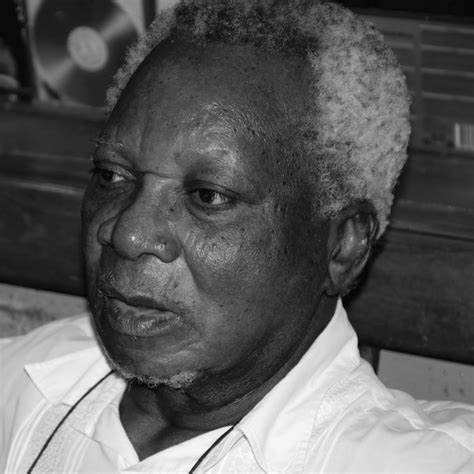 On March 21, 2013 when Prof. Chinua Achebe passed on, J.P Clark and Wole Soyinka wrote: “Of the “pioneer quartet” of contemporary Nigerian literature, two voices have been silenced – one, of the poet Christopher Okigbo, and now, the novelist Chinua Achebe.

A quartet is made up of four. If Professors J.P Clark and Wole Soyinka had recognized Achebe and Okigbo as two of the “pioneer quartet”, it is only obvious who the other two are – Soyinka and J.P Clark. Now, only Soyinka remains!

J.P Clark was born in Kiagbodo town, Delta State of Nigeria. Online resouce portal, Wikipedia noted that his father was Ijaw while his mother was Urhobo. His education commenced at the Native Authority School, Okrika in Burutu Local Government Area before he proceeded to the prestigious Government College in Ughelli. He later went to the University of Ibadan from where he bagged a Bachelors of Arts degree in English in 1960.

His literary career began at the University of Ibadan where he edited a number of campus magazines including The Beacon and The Horn.

After he left Ibadan, Clark worked as an information officer in the Ministry of Information, old Western Region of Nigeria; as features editor of Daily Express, and later as a research fellow at the Institute of African Studies, University of Ibadan.

For several years he worked as a professor of English at the University of Lagos where he co-edited the Black Orpheus magazine until he retired from the university in 1980.

Among his poetic works are “Mbari” (1961) made up of a group of 40 lyrics that treat heterogeneous themes; “A Reed in the Tide” (Longmans, 1965), occasional poems that focus on the Clark’s indigenous African background and his travel experience in America and other places and “Casualties: Poems 1966-68” (USA: Africana Publishing Corporation, 1970), which illustrate the horrendous events of the Nigeria-Biafra war.

His other works are “A Decade of Tongues (Longmans, Drumbeat series, 1981), a collection of 74 poems; “State of the Union” (1981), which highlights Clark’s apprehension concerning the sociopolitical events in Nigeria as a developing nation; “Mandela and Other Poems” (1988), which deals with the perennial problem of aging and death.

J.P Clark did quite a number of dramatic works which include, “Song of a Goat” premiered at the Mbari Club in 1961. It is a tragedy cast in the Greek classical mode; a sequel to “Song of a Goat”, “The Masquerade (1964), in which Dibiri’s rage culminates in the death of his suitor Tufa; “The Raft” (1964), in which four men drift helplessly down the Niger aboard a log raft; “Ozidi” (1966), a transcription of a performance of an epic drama of the Ijaw people; and “The Boat” (1981), a prose drama that documents Ngbilebiri history and other works.

In 1991, he received the Nigerian National Order of Merit Award for literary excellence. On 6 December 2011, to honour him, a celebration was held at Lagos Motor Boat Club, Awolowo Road, Ikoyi, for the publication of “J. P. Clark: A Voyage, the definitive biography of the main animating force of African poetry” written by playwright Femi Osofisan. The launch was attended by literary giants including Nobel laureate Wole Soyinka. In 2015 the Society of Young Nigerian Writers under the leadership of Wole Adedoyin founded the JP Clark Literary Society aimed at promoting and reading his works.

Perhaps the most controversial of all his works was “Casualties: Poems 1966-68” (USA: Africana Publishing Corporation, 1970), his 28 war poems collected in 1970. Casualties which addressed the Nigerian civil war from various angles.

In the “Casualties” J.P Clark writes: “The casualties are many, and a good number well/Outside the scene of ravage and wreck;/They are the emissaries of rift,/So smug in smoke-room they haunt abroad,/They are wandering minstrels who, beating on/The drum of human heart, draw the world/Into a dance with rites it does not know

The “Casualties” and another controversial work, “America, their America” must have drawn the ire of Western powers who felt that J.P Clark was criticizing them. Clark, however, with equanimity, maintained he had only portrayed events as he experienced them.

Reacting to his passing away, the immediate past President of Association of Nigerian Authors, ANA, Denja Abdullahi, said “J. P. Clark will be remembered as the most sterling of our first-generation Nigerian modernist poets. He was in a class of his own with quite a number of totemic poems that vividly describe the environment in which he was formed or which he encountered in his life. He gave the world the African Epic narrative of the Ozidi Saga which will remain an unequalled literary achievement of his productivity as a writer and researcher.

“J.P was also a compelling enigmatic dramatist whose canvas was the vibrant creek of the Niger Delta with all its beauties and despoliations,” said the former ANA president. “His contributions to Nigerian, African and world literature in the genres of poetry, drama and the epic narrative will remain evergreen. He would also go down in people’s memories as the taciturn, quietly fiery and most misunderstood writer who may have departed with some unshed knowledge about some dark periods of Nigerian history.”

“J. P. Clark,” Obafemi continued, “is a genuine humanist and an inimitable man of unique character and genuine compassion. Prof J.P. Clark has impacted our house of the arts most enduringly and unforgettably. I have benefitted outside of the classroom from the mentorship of both himself and his wife, Aunty Ebun Clark, herself a pioneer Nigerian female theatre scholar and practitioner. He will be sorely and painfully missed.”

He was an iconic poet, a legend – Lola Akande

P Clark was a supremo. He was an excellent teacher at the Departmental of English, University of Lagos where he imparted knowledge and kindled enthusiasm. He was an iconic poet, a legend. The world will continue to celebrate his immortality through his works.

The highly revered poet, playwright and essayist, J.P. Clark is one of the distinguished pioneers of contemporary African literature. As such, his mortal passage is not only a loss to Nigeria and Africa, but also a loss to the entire world of letters since he was one of those who put African literature on the world map. Recall that for ten years, he edited THE BLACK ORPHEUS, one of the most influential international literary journals on the continent, apart from being a newspaper editor along the line.

I like to describe him fondly from the perspective of his influence on my generation as juvenile literary enthusiasts. We were exposed to Clark before some of us turned teenagers. So, he and his peers have had major impact on our consciousness for not less than half of a century. In my secondary school, Christ’s School, Ado-Ekiti, where literature was compulsory right up to the School Certificate level, our education was incomplete without a reading of Clark. We performed his plays, especially SONG OF A GOAT at school.

I am talking about the late 1960s to early 70s. In the process of literary maturation, his image looms large in our consciousness as a fighter for justice, voice of the voiceless, critic and cultural icon. He lampoons the vanity of the western world. He criticises the inequity in our hackneyed political union. He turned attention, with the potency of the pen, to the problems of the minorities and of women (Remember THE WIVES’ REVOLT). As a teacher, he stood tall among those who tried to make Nigeria a knowledge-based society. The theatre is hallowed with his works, drama classics that have stood and will continue to stand the test of time. On record, he established the PECREP THEATRE, the first repertory theatre in Nigeria, in 1980.

I want to use this medium to appreciate the foresight of another emeritus professor and leading dramatist, Femi Osofisan, who recently devoted his scholarly attention to an elaborate research, documentation and critical appraisal of the works of J. P. Clark. It is a special way of furthering the legendary author’s legacies on a timeless scale.

He was a pathfinder for literary creativity – Odia Ofeimun

JP Clark has been one of the big four, the quartet, that gave Nigeria to the world as a land of literature. With his friends, Christopher Okigbo, Chinua Achebe and Wole Soyinka, he stood as a pathfinder for literary creativity, making Nigeria the envy of other Africans and the world. He never abandoned his post as a writer. He was always producing, in good and bad times. No season passed without a new play or collection of poems coming from him.

His loyalty to literature as a vocation has been quite phenomenal. Although quite self-effacing, he was also quite a prime mover and activist. He was the other friend who went with Christopher Okigbo to bring Major Emmanuel Ifeajuna back home from Ghana to face the music after the failure of the January 15, 1966 coup.

He organized his other colleagues., Chinua Achebe and Wole Soyinka to meet General Babangida to plead mercy for Major General Mamman Vatsa, after the aborted coup for which the latter was executed. JP Clark was a poet and dramatist who never allowed himself to be distracted from his chosen vocation. He let his poetry and plays speak for him. He treated critics and admirers with magisterial distancing.

As one of his well known critics, I am obliged to report that he was generally a very civil elder who did not over demonstrate his likes and dislikes.He was a balanced Homer who did justice to his Ijaw roots and Niger Delta provenance . A very unapologetic Nigerian, he wished, in his own way,j for true justice for every citizen. All his life, he enjoyed a special halo as a writer. He received the National Merit Award as proof of the respect of his colleagues. It makes it simply insignificant that he was not given a National honour. JP Clark will always be remembered for taking poetry very seriously and making it a mark of distinction for anyone to be addressed as a poet. Even in these times of the pandemic, he deserves a truly festive sendoff. May his soul rest in perfect peace.