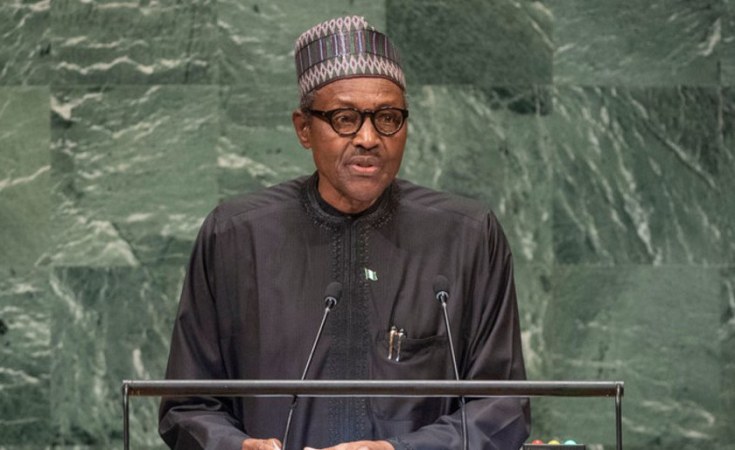 By Ahamefula Ogbu for ThisDay

A non-governmental advocacy group, the National Council for Democratic Development (NCDD), has asked President Muhammadu Buhari to rejig his cabinet and offload those mired in quest for 2023 political contest as they had allegedly abandoned his agenda for personal ambitions.

The group said it observed with dismay that the cardinal programmes of the president were being sacrificed on the altar of personal ambitions leading to strides made especially in agriculture and anti-corruption crusade to stall.

The advocacy group in a statement by its Executive Director, Prince Nweze Onu, said since 2023 was still far, such political distraction could tell poorly on the performance of the president’s agenda which necessitated the call.

“Our Organisation has keenly followed the performance of President Buhari and has identified huge gains and progress made on agriculture and infrastructural development. The fight against corruption has steadily been confronted with the right spirit and commitment.

“We have also observed that while President Buhari is working round the clock to deliver on his campaign promises to Nigerians, some of his appointed ministers manning sensitive ministries are not helping him in that regard. We observed with dismay, that certain ministers are already launching political organisations to actualise their 2023 agenda.

“The implication of this deviation is that government infrastructure and instruments are now being used to serve the political agenda of these ministers thereby affecting the discharge of their given mandate.

“It is in the news that one of the ministers recently launched a political organisation with visible posters and offices for his 2023 presidential election. Such is a distraction and abuse of trust. We call on President Buhari to investigate all who have done so among the ministers.

“Official government business should not be allowed to suffer as political ambitions in an administration that just got a fresh mandate from the people portends danger to the actualisation of the promises of this administration and represents the most unpatriotic disposition by those who want to eat all but don’t want to give to our nation.

“In another clime, such officials ought to resign to pursue any given ambition, just like Hillary Clinton did by recusing herself from Obama’s second term, as she prepared herself to seek the office of the President of the United States.

“In this vein, we therefore appeal to President Buhari as a matter of serious national interest, to dissolve or reshuffle his administration in order to inject fresh blood and energy in his administration,” they said.