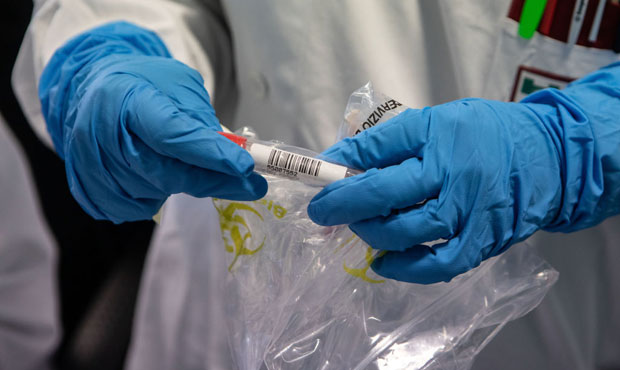 A total of 4,846 patients recovered and were discharged last week, which represents a 388 per cent increase.

Last week, thousands of COVID-19 patients were discharged after recovering from the disease, leaving Nigeria with less than 4,000 active cases.

A PREMIUM TIMES’ review of official data from the Nigeria Centre for Disease Control (NCDC) showed that 4,846 patients recovered and were discharged last week, which represents a 388 per cent increase when compared to the previous week’s 993 people discharged.

This means a total of 56,557 people had been discharged after treatment, as of Sunday morning, representing 92 per cent of all cases recorded since Nigeria recorded its first case of the virus in February.

Currently, Nigeria is managing around 3,627 patients in various isolation centres across the country.

A pointer to more troubles?

While Nigeria appears to be winning the war against COVID-19, the country recorded more new cases last week.

Last week, the 42nd week of the pandemic in Nigeria, 1, 204 new cases were reported in the country. According to the data provided by the country’s public health agency, this is a 32 per cent increase from the 816 recorded the previous week.

The increase in new cases could have been caused by an increase in the number of people tested for the virus.

A total of 24,822 samples were collected for testing last week, compared to the 18,597 tested the previous week.

A total 576,184 samples have been collected for testing since the pandemic broke out in February.

Nigeria has also witnessed daily large protests across major cities since last week with protesters routinely violating COVID-19 protocols like use of face masks and social distancing. However, there is no evidence yet that the mass protests, for police reform, contributed to the increase in new coronavirus infections.

Last week, eight lives were lost to the pandemic. Recall that two persons died of COVID-19 complications in the previous week while a total of seven persons died from the virus preceding week.

As of the time of reporting, Nigeria has 61,307 confirmed COVID-19 cases. Of this figure, 56,557 have been discharged and 1, 123 deaths have been recorded in the 36 states and the Federal Capital Territory.

Lagos State remains the epicentre for the disease with the highest number of confirmed cases and deaths in the country.

The other five states with the highest number of confirmed cases are FCT, Plateau, Oyo, Rivers and Edo states.

Only Kogi, Sokoto and Adamawa states have no active COVID-19 cases.

On Sunday, 163 new cases of COVID-19 were reported in the country.

On Monday, 164 new cases of the pandemic were reported in the country.

On Wednesday, 179 new cases of COVID-19 were reported in the country.

On Thursday, 148 new cases were reported in Nigeria, hence bringing the tally of confirmed cases to 60,982.

On Friday, 212 new cases of the pandemic were recorded.