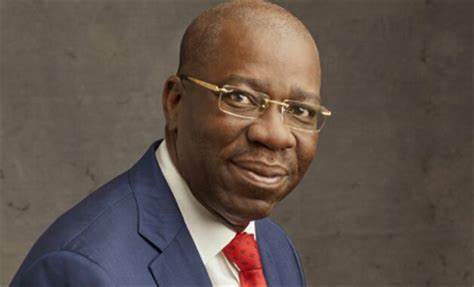 A pre-election survey conducted by Yiaga Africa and NOIPolls shows that voters and election officers are concerned about contracting COVID-19 in the coming Edo State governorship election.

The report also shows that voters are worried about electoral violence, intimidation and the credibility of the poll.

Details including observations, findings and recommendations from the survey, were contained in a report sent to PREMIUM TIMES.

Preparations are underway for the election which is scheduled to hold on September 19 and political parties have since commenced campaigns.

According to the report, about 68 per cent of respondents support INEC’s decision to hold Nigeria’s first off-cycle governorship election during the COVID-19 pandemic, while 42 per cent were concerned that voters and election officials could contract the virus on election-day.

Respondents also expressed major concerns about violence by political parties and security officials during the elections. And with less than three weeks to the poll, approximately one-in-ten respondents said they had directly experienced violence and intimidation related to the elections, while over one-third had heard political candidates using hate speech on the campaign trail.

The report lists potential hot spots of violence where the electoral battles are expected to be fierce.

The report also showed voters’ attitudes towards the electoral umpire, INEC, in the state.

Forty-six per cent of respondents, it said, lack confidence in INEC’s ability to promote credible elections, 50 per cent question the electoral umpires’ independence and 44 per cent doubt the institutions’ preparedness for the election.

However, despite the COVID-19 pandemic and the ongoing political crisis, an overwhelming majority of registered voters (85 per cent) report being likely to vote in the election.

While it commended INEC for successfully implementing activities in the timetable and schedule for the election, which was done within the limits imposed by the Covid-19 protocols, the report reveals low public sensitisation on INEC Policy on Voting Amidst COVID-19 especially the Voter Code of Conduct.

It said INEC, political parties and other stakeholders are failing in their responsibility to effectively communicate the new guidelines on voting amidst COVID-19 to voters.

Another concern raised by Yiaga Africa is that the two dominant parties in the governorship race are guilty of violent rhetoric, hate speech, vandalism and violence.

This, it said, is largely attributable to an entrenched subculture of violence that is built around well-known strongmen, thugs, touts, gangsters and cultists on the one hand, and the widespread belief that elections cannot be won – or smooth governance guaranteed – without strong-arm tactics and the support of thugs.

The report also reveals exclusion and under-representation of women.

“Campaign rallies and party mobilization teams also have high percentages of female members and supporters but issues of gender are yet to gain prominence in the election. Perhaps this can be explained by the strong traditional values of patriarchy and male domination among Nigerians,” part of the report reads.

Based on the findings, Yiaga Africa recommended that INEC addresses the perceptions of its lack of independence, impartiality and professionalism. This, it said, will include proactive disclose of election-related information, consistency in the application of electoral guidelines and transparency in the results collation process.

There is also the need for more proactive and preemptive interventions like peace meetings, peace accords, curtailment of proliferation and use of firearms and other weapons, appropriate sanctions for those implicated in thuggery and violence.

“The federal and state government to desist from partisan use of the police and security forces to manipulate the electoral process.

“INEC, Presidential Task Force and State Task Force should ensure strict compliance with COVID-19 guidance enunciated in INEC policy on voting amidst Covid-19 and other health safety protocols. Polling officials should be required to undergo COVID-19 testing before and after election. Public engagement on new health protocols and Voters Code of Conduct should be intensified across LGAs and communities.

“To promote issue-based campaigns, political parties and candidates should subject themselves to public scrutiny on their campaigns manifestoes through debates, townhalls and direct public engagement. And voters should exhibit a high sense of responsibility by complying with health safety guidelines before, during and after the election. This will reduce the prevalence rate of COVID-19 infections in the state.”

The report further shows that besides the COVID-19 pandemic, one major issue that has overshadowed the pre-election and campaign period is the conflict between incumbent Governor Obaseki and former governor (and former chairperson of the APC) Adams Oshiomhole that has been brewing since Obaseki’s election in 2016.

“The division between Obaseki and Oshiomhole has spilled over into the Edo State Assembly. Since the 2019 State Assembly elections, legislators loyal to each faction have engaged in actions to frustrate or sabotage all forms of legislative activities or the normal running of the State Assembly.”

The pre-election survey was conducted between July 28 and August 3, 2020 and the sample consisted of 657 phone-owing adult Nigerians (18 years and above) residing in Edo State. The interviews were mainly conducted in English and Pidgin languages.

With this sample size, and the selection method, the results obtained represents the opinions of Edo residents based on +/- 4% margin of error (with 95% confidence level).