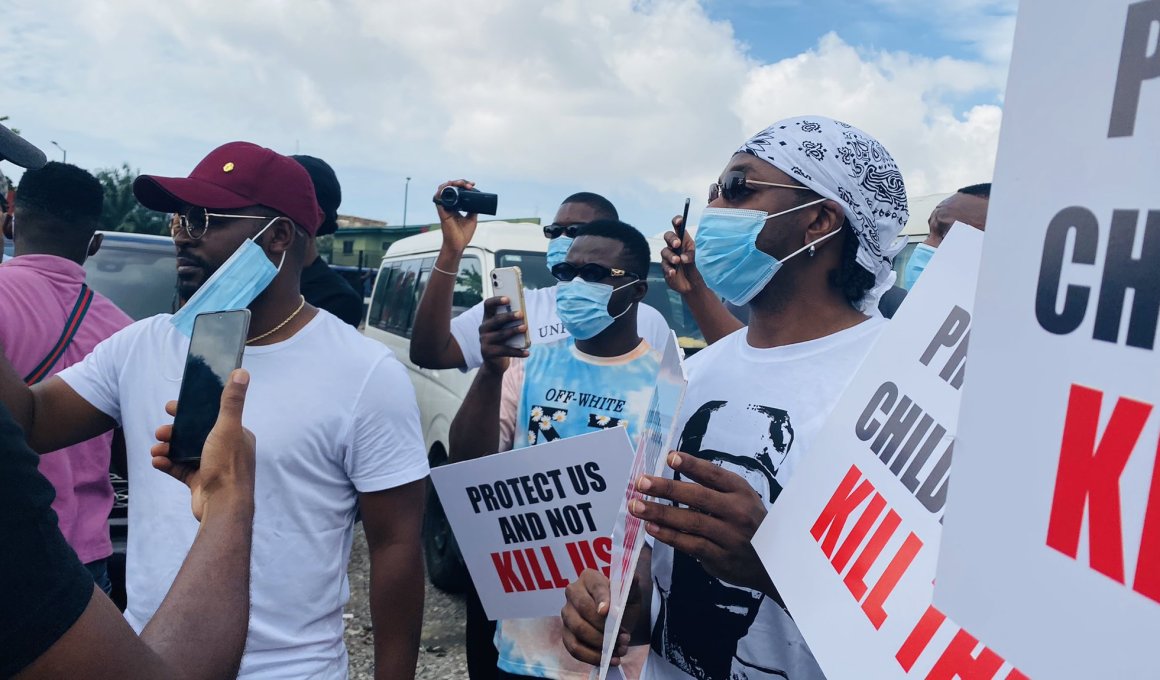 Notable entertainers in Nigeria like Falz, Runtown, Tiwa Savage, Jaywon, DJ Spinall, MC Lively, Tasha (Big Brother Naija 4 Housemate), and many others staged a protest calling for the disbandment of SARS in Abuja and Lagos on Thursday.

The protest by the entertainers amplified the voices of Nigerians all over the nation who have repeatedly called for the dissolution of the FSARS – Federal Special Anti-Robbery Squad unit.

The protests had entertainers in the music, comedy and movie industry come out in their numbers to show support for the campaign which seeks to end the nefarious activities of SARS Operatives particularly against young Nigerians.

This particular #EndSARS campaign in Nigeria is not the first as it has been the outcry of Nigerian citizens for a while now. A previous one last year led to the formation of a presidential panel to review the activities of the police unit.

President Buhari had earlier set up a presidential panel to look at the activities of the FSARS and propose a recommendation. Last year, the president ordered the execution of the report of the panel but nothing seems to have changed since then.

As a result of the agitations online by Nigerians, on Sunday 4th October 2020, the Inspector General of Police banned the F-SARS, STS and other related units from patrol checks.

This recent ban of the F-SARS, Special Tactical Squad (STS), Intelligence Response Team (IRT), Anti-Cultism Squad and other Tactical Squads as contained in a statement by the Force Public Relations Officer, Frank Mba, on Sunday became inescapable due to the widespread displeasure of Nigerians regarding how the police unit discharge their duties.

On the heels of the statement from the Nigeria Police Force, Nigerian governors have also backed the decision of the Inspector General of police.

Despite the ban, Nigerian entertainers went ahead with the protests calling for a complete abolition of the unit of the police force.

A viral video that emerged on the internet last week sparked an online protest has now led to several physical protests in Delta, Edo and now Lagos and Abuja.