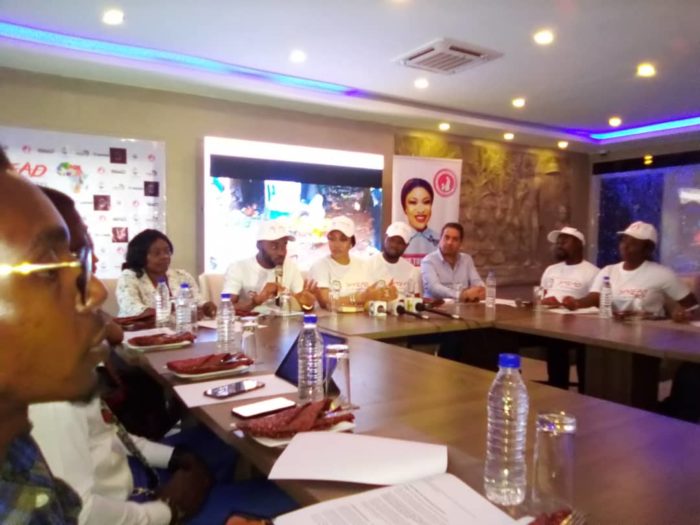 Three Non-Governmental Organisations(NGOs), on Thursday, in Abuja, jointly launched a campaign to put Nigerians on alert against tuberculosis, a killer disease.

News Agency of Nigeria (NAN) reports that the NGOs are Tonto Dikeh Foundation, Godspower Oshodin Global Foundation and Help from the South Foundation.

The Campaign Ambassador, Miss Tonto Dikeh, said that the campaign aimed at launching an offensive fight against tuberculosis, the infectious airborne disease, described as an unprecedented world’s most infectious killer disease.

Dikeh said that Nigeria was at the constant risk of the disease, going by the World Health Organisation (WHO) prediction, hence the need to start an early awareness campaign to guard against the spread.

“ Tuberculosis lives among us in our society, we are all at constant risk; it is frightening to hear that the disease kills now even more than HIV/Aids and malaria.

“And, the irony is that it is curable too, we commend what the government is doing, however, we shall be taking the tuberculosis awareness to the next level,” she said.

Dikeh added that she would use her celebrity status to influence the campaign and would constantly inform her fans nationwide and beyond the shores of Nigeria about the danger of tuberculosis.

She called on Nigerians to seek medical attention once they noticed the symptoms.

Mr Seunmanuel Faleye, of Help from the South Foundation, said that the NGOs would tour the six Geo-Political zones to launch the campaign against tuberculosis, particularly the remote areas of the country.

According to Faleye, the disease is one that all Nigerians must rise against before it kills everyone.

“Statistics has revealed that one carrier of the disease can infect more than 15 people; it is a disease we must all rise against because of its contagious nature,” he said.

Oshodin said that the campaign was to get Nigerians aware about the disease adding that a WHO prediction said that four million Nigerians with tuberculosis cases would be seen in 2020.

“We need to get people aware before the disease sign people death, WHO has told us to fight against this disease, we are going around some states to spread this news,” he said.

“Tuberculosis is a disease of lung spread so quickly, but early treatment would help tackle the ailment the earlier the better to get those with the disease and place them on drug.

“An early awareness of the disease is needed now before it takes the life of people,” she said. (NAN)