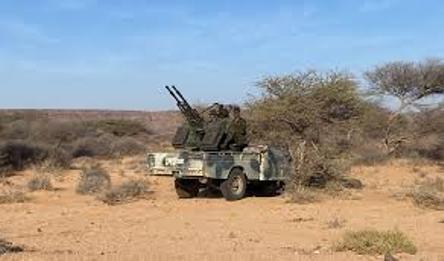 Within the framework of their combat offensives to carry the war throughout the territory and into the interior of Morocco, the Saharawi forces have continued to harass the bases and positions of the enemy forces.

The Ministry of National Defense reported yesterday in its 509th military communiqué that advanced detachments of our army launched intense bombardments of enemy forces in the areas of Agsaibi Najla, Sadrat Targanet, Bin Zakka, both in the Hauza sector.

Also, SPLA advance units shelled the headquarters of the 69th battalion of the occupation forces in the Lemkeitib area in the Hauza sector.

Saharawi forces had previously bombed enemy positions, although Morocco denies the destruction and chaos in its bases. The enemy has suffered losses in its arsenal and casualties in its ranks.SPS