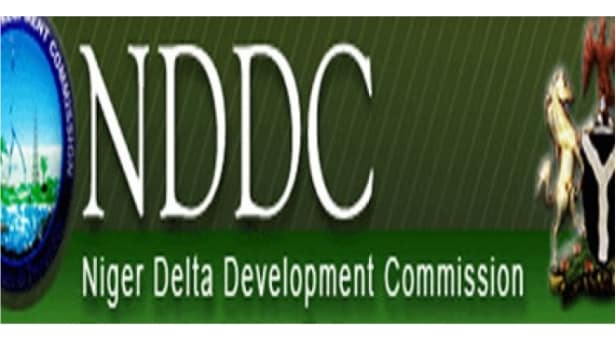 Dr Cairo Ojougboh, NDDC Executive Director of Projects, who disclosed this on Sunday in Abuja, said that the committee was poised to stop corruption in NDDC.

“You will recall that some times ago, governors of Niger Delta states visited President Buhari to complain that the NDDC had fallen short of what it was intended to be.

“Therefore, they asked the president to look into its affairs again, infact, one of the governors said the NDDC has become a conduit for fraud and a blueprint for cheating in the Niger Delta.

“Based on the complaints from the leaders of the Niger Delta, Mr President instructed that a Forensic Audit Committee should be set up to look into the management of the NDDC,” he said.

According to Ojougboh, the NDDC is currently indebted to some “phantom” contractors to the tune of over N3 trillion, saying that contractors who benefited from shady deals in the commission in the past, were sponsoring attacks against the audit.

He said one of such contractors was awarded over 300 multi million Naira contracts by the NDDC, out of which 120 of them had been fully paid for even when he had never mobilised to any of the sites.

He alledged that the particular contractor was mobilising thugs in the Niger Delta, especially in Bayelsa and Delta states to instigate the people to prevent the forensic audit.

“The NDDC Interim Payment Certificates (IPC) that are pending are worth over N3 trillion and that is what the NDDC is owing these phantom contractors.

“It is these phantom contractors that are working to stop the forensic audit, all they want is for looting to continue in the commission.

“They want to bring puppets to manage the forensic audit because they know that the members of the Interim Management Committee will not compromise.

“If you look at the records at the NDDC, you will cry, some genuine people that have done jobs for the board have not been paid for over 15 years and their families are suffering.

“Many of those who were paid are these phantom contractors,” Ojougboh said.

He added that anybody working to stop the forensic audit was not a proper human being, and was not doing so in the interest of Nigerians and Niger Delta people in particular.

He observed that what the people of the region wanted, was a forensic audit of the NDDC, saying that they were already asking how it would be conducted properly so that the nation would get the best result.

He, however, maintained that it was only persons without pecuniary interests and not contractors in the NDDC that could deliver an effective forensic audit report.

“Therefore, when given the opportunity we have been given, our job is to make sure that we avail the auditors necessary documents and information they need,” he said.

This, he said, was because they were not protecting any individual interest but to help the auditors to do their job as required.

Ojougboh further explained that anyone working to frustrate the auditing of the NDDC, wanted corruption to continue in the commission.

He appealed to Nigerians to support the position of the President and the NDDC Interim Management Committee and the Niger Delta people generally.

He disclosed that 10 reputable audit firms would be engaged to conduct the forensic audit, saying that the Interim Management Committee had no intention of dabbling into areas outside its mandate.

He said the assignments given to the commission’s incoming board and the Interim Management Committee were completely different, saying that: “ours is to supervise and aid the forensic team to do their job”.

News Agency of Nigeria (NAN) reports that after the forensic audit, the recently screened board members of the commission will take over from the Interim Management Committee. (NAN)