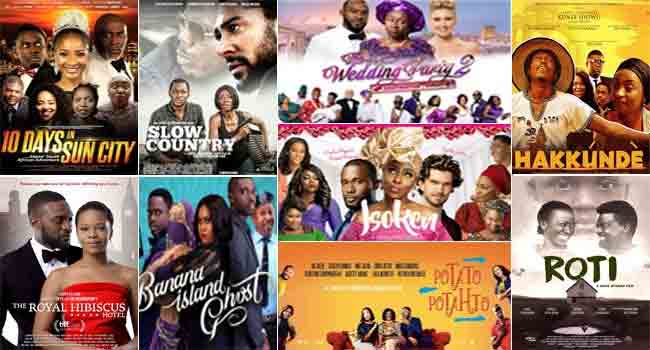 This is the age where it seems like there is a rank or a list for everything. Position on this list, somehow is used to gauge the worth of a person or organisation. As the last decade wound down, several lists dominated Nollywood, most of which were cloaked in celebration.

But, how many of these lists were necessary and were the important criteria used? Without the ticking of these boxes, the lists only generate propaganda that do not grow the industry. The most prominent lists have been compiled by distribution company, FilmOne.

The series of lists have been focused on highest grossing films, their actors, directors, producers and production companies. Since the caveat is ‘highest grossing’, there were few eyebrows raised.

This was until the distribution company released two latest lists – highest grossing writers and cinematographers. The lists were hinged on the cinema grosses of the films each of the recognised writers worked on, without cognisance to the quality of the work.

These two groups of talents are the base of a good film – story and picture production. Does it benefit Nollywood to disregard the place of quality by placing cinema grosses over it? What messages do the lists send in terms of the value of crafts?

A writer’s job is to write the best story possible, making plots as interesting as possible. Every good story is a sell-able story and marketing exists for this purpose. Likewise, a cinematographer’s job is to create the best pictures and give the most excellent translation from script to screen.

These two are technical crafts that are to be judged by their work quality and not the returns of the marketing efforts of the production companies that hired the talents. The lack of artistic direction used to compile the lists is clear at first glance but the business goal is not unnoticed.

It is important to note that FilmOne distributed over 95 percent of the films that kept reoccurring in the lists. It is clear that they have found ways to publish the ‘success’ of the films they have partnered with in the last decade.

It is as though as soon as the novelty of one list begins to wind down, another list is released with a different direction but featuring the same films. It seems to be telling investors to focus on just those films, their producers, the cinematographers and writers who worked on them.

The clear idea is to drive attention to these filmmakers in the hope that they get more investments and in turn enlist the distribution company again. A fine tactic and perhaps more money. But what does this mean for the industry?

The News Agency of Nigeria (NAN) had earlier analysed the real position of Nollywood films in the cinema markets and how the audience base is closing in rather than expanding. Recycling attention around the same cycle who have not done a very good job in retaining the audience is not the best way to make more money.

The numbers clearly show that not only does Nollywood make only 10 percent of the total weekly cinema gross, the movies have only one peak time. This shows that the filmmakers, although hardworking, are not magical. Rather, it is a game of clearing the playground during the holiday season so Nollywood can properly play.

Asides that, there is poor use of the other seasons and low competitive advantage. Yet, these lists are reinforcing the need to move funds within the same circle, regardless of the value of the craft and technical skills.

Interestingly, at least 70 percent of the films these lists have ranked top 10 writers and cinematographers have poorly written stories as well as unflattering pictures to salvage the story.

The big question is – why then did they gross very high? These films had two things in common – marketing and calculative release times with little or no competition from foreign counterparts. This means that to make more money, as previous NAN analysis show, more great films need to be made and the audience better respected.

The chances of that happening looks bleak with the prime focus on the films, which had high earnings in the last decade. Instead, the talents known for making excellent works should be given exposure and chances to work on projects with good budgets and proper marketing plans.

The market is clearly getting tired of the formulas and the earnings show the decline. The best way to make more is to do better and not mislead investors with smokescreens. Rather, they should be pointed to the right talents.

More importantly, writers and cinematographers should be respected for their craft and not grosses. Doing the opposite sends the message that one does not have to improve, rather he/she has to pray to be hired by a production company with a big marketing budget.

Nollywood holds a lot of potential in this new decade if the right ingredients are put together for the box office. This includes using talents, who can get the job done and matching them with companies that understand the business. Smokes and mirrors will not suffice. (NAN)