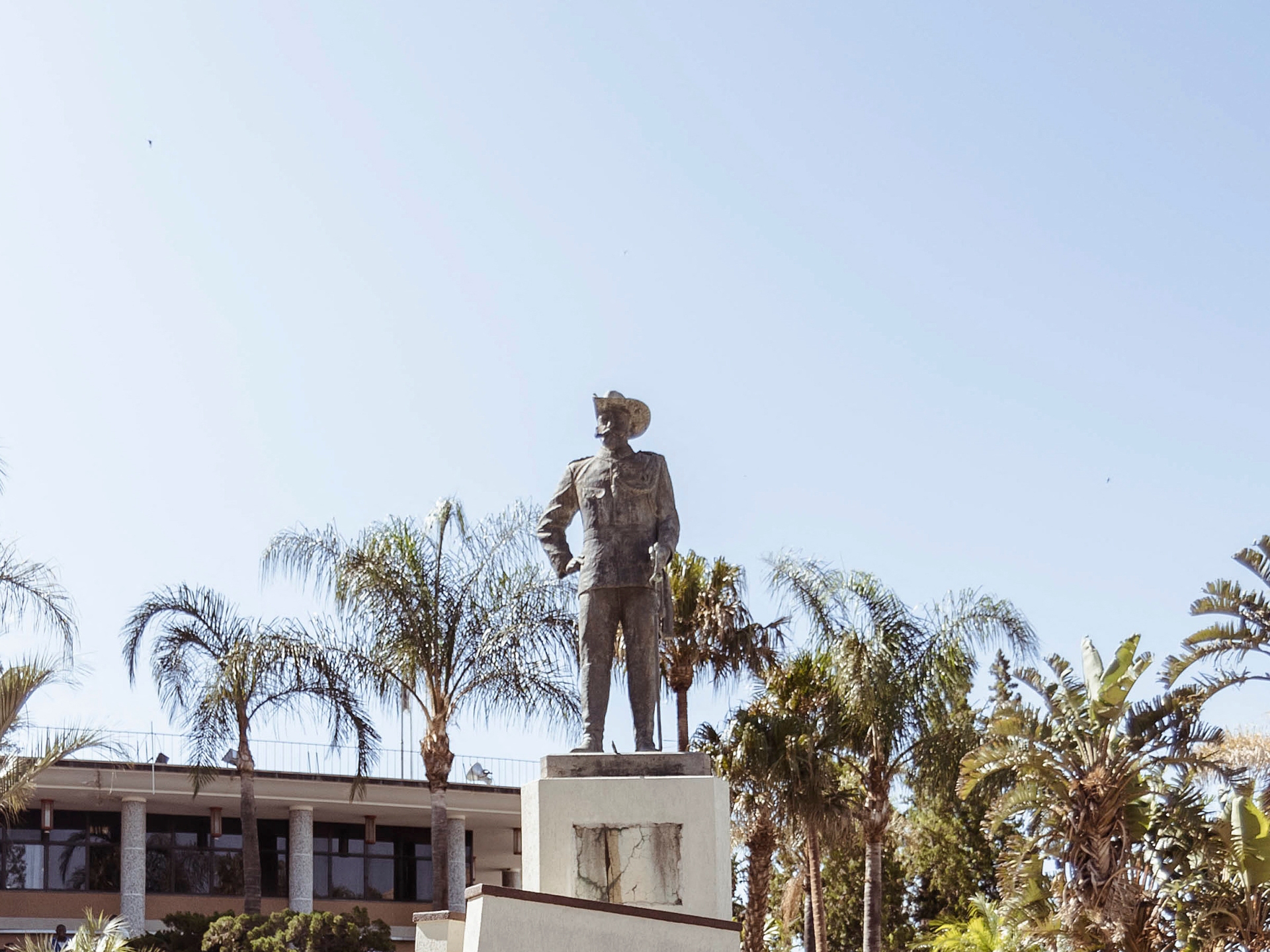 The statue of Curt von Francois, seen as a symbol of colonial oppression, was removed following pressure from local activists.

A colonial-era statue of a German official was removed from the Namibian capital Windhoek on Wednesday, following pressure from local activists, as onlookers clapped and hooted.

The 2.4 metre bronze statue of Curt von Francois, which was unveiled in 1965, was seen as a symbol of colonial oppression in the southern African nation.

“This moment is a recollection of dignity, our city has been white-washed,” Hildegard Titus, an activist with the A Curt Farewell movement that pushed for the statue’s removal, told the AFP news agency.

“There is an emotional tie to the statue being taken down, but it also has to do with historical accuracy”.

It is the latest statue to be taken down as activists around the world mount campaigns to remove representations of colonial-era officials who were accused of practising slavery and committing other atrocities.

The removal of von Francois’s statue comes two years after the statue of Cecil Rhodes, a British colonialist, was beheaded by activists at the University of Cape Town in neighbouring South Africa during protests sparked by the death of George Floyd in the United States.

Germany colonised Namibia from 1884 to 1915. It apologised in 2021 for its role in the massacre of Herero and Nama tribespeople in Namibia more than a century ago and officially described it as a genocide for the first time.

Between 1904 and 1908, German settlers killed tens of thousands of indigenous Herero and Nama people in massacres historians have called the 20th century’s first genocide.

The statue, which stood on a high pedestal outside municipal buildings, depicted a moustached von Francois in military uniform, a large hat and holding a sword.

The city council said the statue, which A Curt Farewell described as “a reminder of genocide”, will now be kept at the Windhoek City Museum.

There it will be displayed with an explanation of the historical context, said Aaron Nambadi, a curator at the museum.

“We as historians and curators were involved in this project to correct the false narrative that von Francois was the founder of the city,” Nambadi told AFP.

Germany has promised more than 1bn euros in financial support to descendants of the victims, whom many Namibians argue were not sufficiently involved in the compensation negotiations.

Last month, Namibia asked to renegotiate the terms of the agreement.