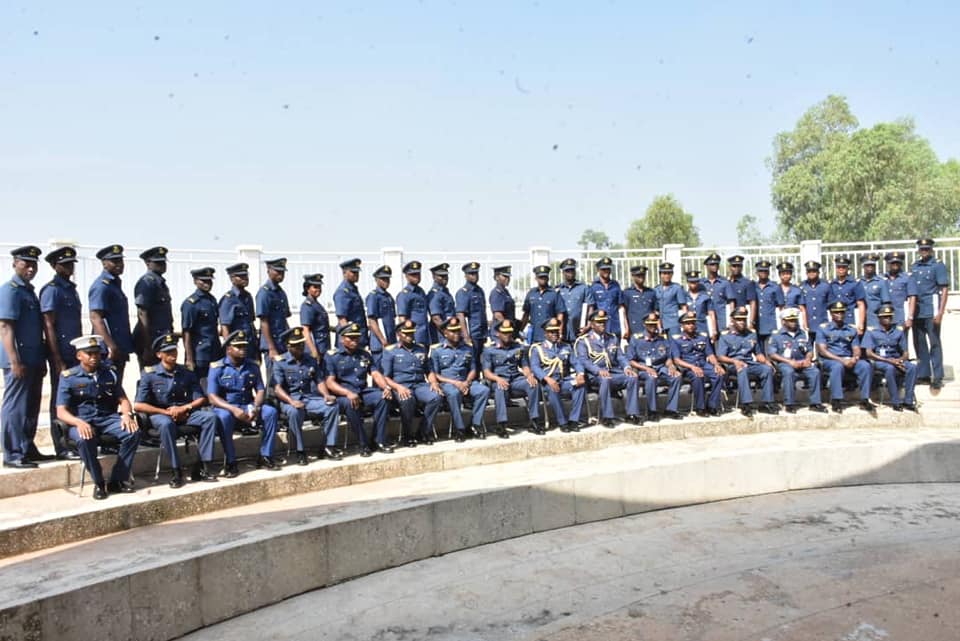 The Nigeria Air Force on Friday said it would continue to enhance the capacity of its personnel to meet Nigeria’s security needs.

“The NAF places importance on human capacity development because it is a critical factor in operational effectiveness,” he said.

He added that the aim was to ensure effective, efficient and timely employment of air power in response to Nigeria’s national security imperatives.

“One cardinal philosophy of the Chief of Air Staff is that a man can only give what he has.

“Accordingly, only the right training can enable a personnel to be effective in the performance of his tasks, which would in turn impact positively on operational efficiency.”

Ahmad noted that the the Centre had lived up to the objectives of providing new skills for personnel of non-technical ground specialty, improving their output and repositioning them for higher responsibilities.

“I congratulate you for your discipline during the course, as you have worked assiduously and survived the rigours of the course.

“It is therefore heartwarming and self-fulfilling that in a short while, you will be leaving this hall as better informed and enlightened graduands of the Young Officers Course.”

The Air Secretary stressed that the current state of Nigeria’s security necessitates adding continuous value to personnel in order to adequately equip them for the contemporary challenges.

“I therefore urge you to be prepared to join efforts in battling the various security challenges confronting our nation. To whom much is given much more is expected.

“Therefore, you must justify the resources that have been invested in you by doing your duties diligently and professionally.

“As you are all aware, the Nigerian Air Force does not compromise on standards and this has been the hallmark of the CAS.

“In view of this, you must ensure that you are properly grounded in the tenets of your specialty by building on this foundation which you have been given while on this course.

“As we strive to build an efficient force structure, the Service will continue to accord priority to equipping and welfare of all personnel despite limited resources.

“To reciprocate this gesture, I charge you to be innovative and come up with more proactive ways to make judicious use of the available resources that will be put in your care as junior officers. ” he said

Ahmad also urged the graduands to bear in mind that, collective commitment to excellence is paramount, if the Service is to effectively discharge its constitutional role.

Earlier, Commandant of the centre, Group Cpt. Abdullahi Bello said the the primary objective of the course was to improve the knowledge of young officers with a view to enhancing their productivity.

Bello said during the training, the personnel were exposed to lectures tailored towards developing their analytical and communication skills.

“They were also exposed to principles and practical field demonstrations on asymmetric warfare.”

According to him, the curriculum for the course considered general service knowledge, staff duties and the increasing role of the NAF in internal security operations.

He said this was necessary, bearing in mind the inevitability of the young officers’ involvement in the conduct of internal security operations.