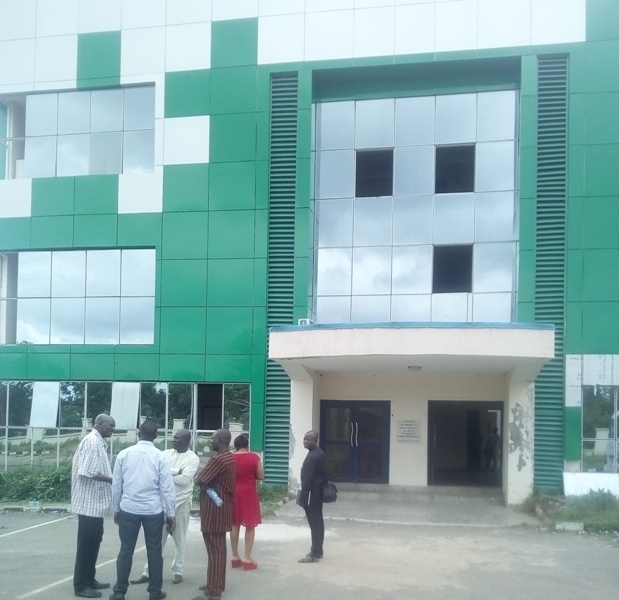 Mr Sunday Dare, Minister of Youth and Sports Development, has urged the Nigeria Football Federation (NFF) to fast track the process of relocating to its new office complex.

The minister said this on Thursday when he paid a working visit to the Sunday Dankaro House, NFF’s new office complex at the Moshood Abiola Stadium, Abuja.

The complex has however remained abandoned following the NFF’s continued usage of its current office, popularly known as the Glass House.

Dare expressed satisfaction at the state of the complex, named after Late Sunday Dankaro, a businessman and sports administrator, who was also NFA Chairman between 1974 and 1980.

He said:“this visit is important, it gives us a first-hand assessment of what delays operations here.”

The minister said it was long overdue for the building to be put into use by the NFF  to enhance its operations.

“It is a working visit for me, my first time of inspecting Sunday Dankaro Building, I feel it is important to see what is going on with the building.

“This is a befitting building, I am impressed with what I have seen so far, this building should be functional in two weeks, it befits the NFF,” he said.

NAN reports that the Sunday Dankaro House comprises of 27 rooms with six board rooms, a penthouse and a 120-car parking space. (NAN)