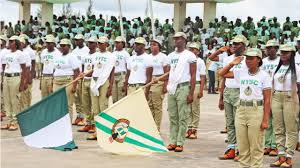 The Minister of State for the Federal Capital Territory (FCT), Mrs Ramatu Tijani, has called on outgoing corps members to support the government in its bid to tackle the various challenges in the country.

Tijani made the call during the Passing out Parade of the 2019 Batch “A’’ of the National Youth Service Corp (NYSC) in Abuja, on Thursday.

She advised the outgoing corps members to be patriotic and consolidate on the unity forged with diverse individuals during their service year.

“You must have noticed that we have been facing difficulties and crises in the country, which have posed threats to meaningful development and also to the continued existence of our dear nation.

“This calls for sober reflection. I believe that this experience you have garnered has placed you in a better position to appreciate these problems and also motivate you to find ways of tackling these issues.

“You must be patriotic and strive to build upon the bond of love and unity that you have established in your host communities in the course of your primary assignment,’’ she said.

The minister urged the corps members to support the government’s fight against social ills like bribery and corruption, kidnapping and others.

Mrs Walidab Siddique, the FCT Coordinator of the NYSC, said that 5, 657 corps members were participating in the ceremony.

She said that Three of the corps members excelled during the service year and would be honoured by the minister, while 64 were found wanting and would get commensurate sanctions.

She urged the corps members to be law-abiding and shun vices that could be detrimental to their progress in life.

The coordinator urged them to remain worthy ambassadors of the NYSC scheme in all their endeavours. (NAN)