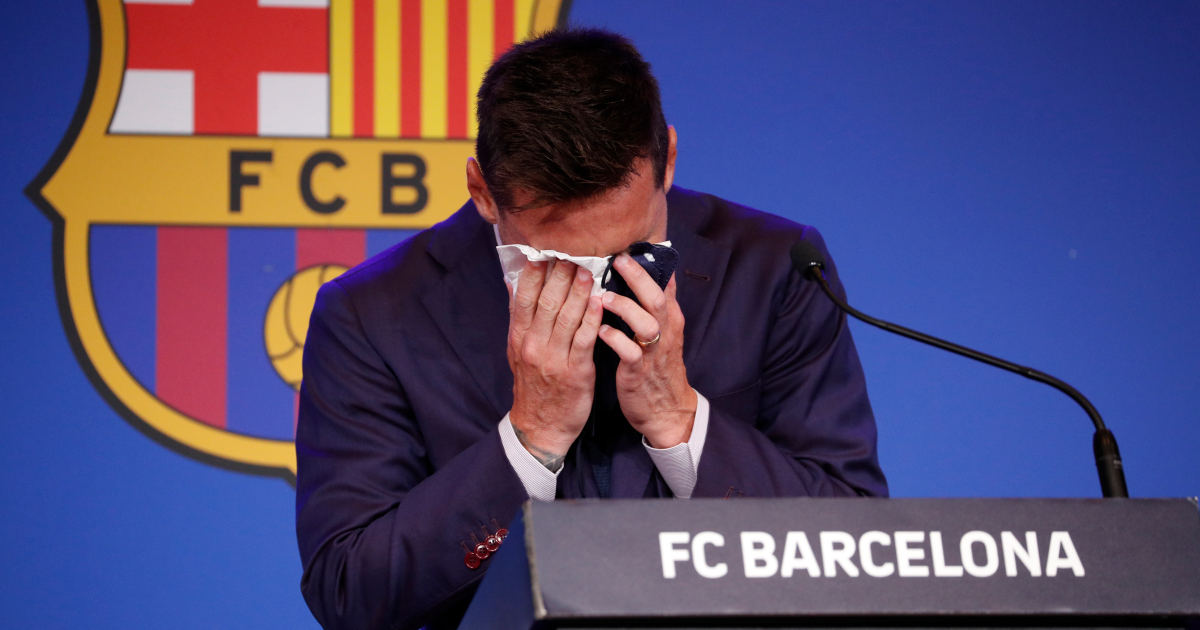 Barcelona said they could not afford to keep the 34-year-old Argentinian superstar, a six-time Ballon d’Or winner.

Lionel Messi fought back tears as he began a press conference at which he confirmed he is leaving Barcelona, where he has played his entire career.

“I tried to behave with humility and respect and I hope that is what remains of me when I leave the club,” Messi told a news conference as hundreds of fans, many wearing his number 10 jersey, massed outside Barca’s Camp Nou stadium to bid farewell to the player.

The 34-year-old Argentinian superstar, six times a Ballon d’Or winner, has been out of contract since the end of June and Barca say they cannot afford to keep him.

“This year, my family and I were convinced we were going to stay here, at home – this is what we wanted more than anything,” said a suited Messi as he struggled to contain his emotions.

Greatest Applause
Of
All
Time pic.twitter.com/YoJt8nkTZc

Messi did not say what his immediate plans were but said joining Paris St-Germain was one of the options.

The 34-year-old, who has been at Barcelona for 21 years, becoming its all-time goalscorer with 682, broke down before giving a speech and was greeted by a lengthy standing ovation from the media, current and former teammates and coaches in attendance.

Messi said that he believed he would be staying at the club, with a five-year deal agreed on a 50 percent pay-cut, only for a surprise U-turn to happen late last week.

All 35 trophies he won during his time at the club were laid out for what the club described would be a private photo session after the news conference.