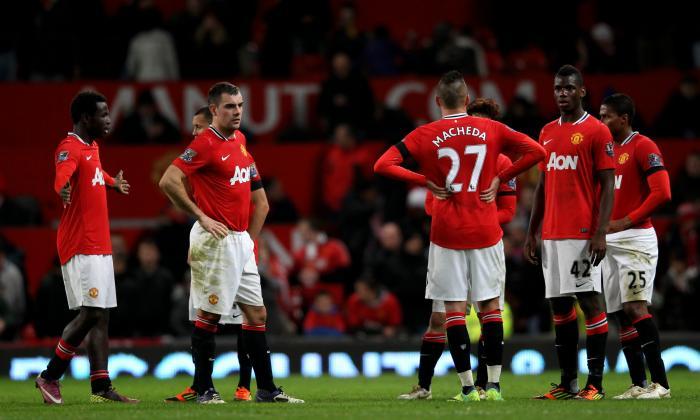 Manchester United’s UEFA Champions League qualification hopes suffered a blow with a 2-0 upset at home to Burnley in the English Premier League (EPL) on Wednesday.

The Old Trafford fans immediately vented their anger at the club’s U.S. owners.

Goals from Chris Wood and Jay Rodriguez ensured victory for Sean Dyche’s Burnley on a night when Manchester United looked nothing like a “big six’’ team.

Manchester United fans chanted protest songs aimed at the Glazer family, who have owned the club since 2005, while their team fell to a second straight loss.

After Sunday’s defeat by leaders Liverpool amidst criticism of the club for failing to secure any new additions so far in the January transfer window, there is an air of crisis around Manchester United.

The club’s decline since the departure of manager Alex Ferguson after their last English Premier League title in 2013 shows no signs of being reversed.

The fans clearly put the blame on the Glazers and their chief executive Ed Woodward, more than manager Ole Gunnar Solskjaer.

Thousands of fans flooded out of Old Trafford well before the end of the game.

But the hardcore supporters in the Stretford End chose to stay and continue to make their feelings known.

“(In the) 84th minute I saw people get up and go. That is unheard of at this stadium.

“Seeing people leave with disdain on their face. It is an embarrassment. The downward spiral in seven years has been remarkable,” former Manchester United defender Rio Ferdinand said in his role as a match pundit for BT Sport.

Wood fired Burnley ahead in the 39th minute with a half-volley on the turn after a simple free-kick routine.

Ben Mee headed the ball down into the path of the New Zealand international.

The Clarets, who move up to 13th place, doubled their lead, seven minutes after the break, through striker Rodriguez who blasted into the top corner after a smart exchange with Wood.

Manchester United had a last minute header from Luke Shaw ruled out for pushing.

But they created few clear-cut chances as Burnley held on for their first victory at Old Trafford since 1962.

“These are the moments you work hard for. We stopped them playing. We showed our qualities to keep the ball and hurt them.

“That two-goal cushion was good for the team. This result means everything,” he added.

The Clarets, deserved winners, had drifted towards the relegation zone after four straight losses but this victory, following Sunday’s win over third-place Leicester City has steadied the ship.(Reuters/NAN)